This page introduces the writer of this website, and explains how it came about.

Paul welcomes feedback and comments about how the site and content can be improved. 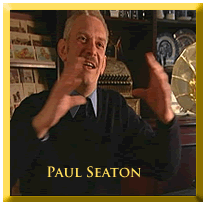 The site's creator, Paul Seaton, is a history graduate from the University of Liverpool. He joined Woolworths in 1983 as a management trainee in-store and worked his way up through Store and Regional Management to a senior role in the IT department heading Store Systems, the woolworths.co.uk website and the main SAP Business Warehouse information platform.

He soon became fascinated by the company's long, and proud heritage and concerned at the decline of its oral tradition of sharing the story. He began to research the story in 1985, taking many photographs and videos and retaining documents that others threw away. After the demerger from Kingfisher, in 2002 the new CEO, Trevor Bish-Jones, invited Paul to brief a new generation of executives, none of whom had grown up in the business, on the values and strengths that had made Woolworths great. 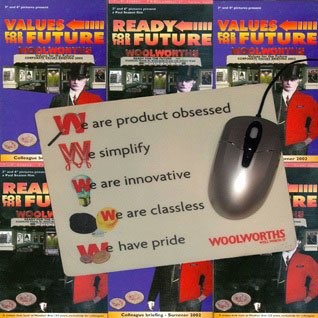 Paul's response, a 45 minute history video, proved a big hit with the Board. Executives agreed five core values from the nine originally proposed. They later distributed a polished version of the film on video to all 30,000 employees. While the new CEO's strategy involved a radical departure from many Woolworths traditions, he was keen to harness the same pride, innovation, openness, simplicity and cost awareness that had helped Frank Woolworth launch the chain a century earlier.

The video spawned many requests for a book or other way of exploring the history. Head of PR Nicole Lander spotted a small history website by Sainsbury's, persuading Paul that he could do better for "FWW". Commitments meant that this had to be done in his own time. The firm guaranteed editorial independence and offered to host the site, which would be credited to Paul's 3D and 6D Pictures brand.

The author bought many of the photographs and exhibits used in the website at auction at his own expense, vastly expanding his collection of ephemera. The original incarnation of the museum attracted some 3,000,000 visitors between 2005 and 2008, and was nominated as a 'national treasure'. It emerged that 10% of all on-line purchases at the store started with a trip to the Museum. 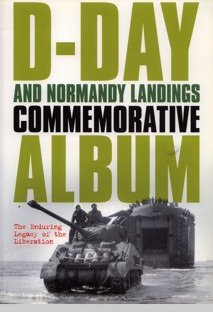 Paul was invited to write a chapter for the official commemorative brochure marking the sixtieth anniversary of the D-Day Landings and later for the official history of The Spitfire. He has appeared on both television and radio, both as an historian - on BBC tv's 'Shopping for England' in the Edwardians series and Radio 2's 'The Wonderful Sound of Woolies' and The Vera Lynn story - and in recognition of his work in finding new jobs for more than 4,500 people through his website WoolworthsReunited.com after the business collapsed. He was dubbed 'Mr Woolies' by BBC1's Panorama. He has also featured on BBC2s Business Lunch and made several appearances as part of ITV News's coverage of the Credit Crunch, including an interview on their signature News at Ten.

In parallel with the web work, he also wrote a history of Woolworths, which the firm planned to publish and sell in store to marks its hundredth birthday. Sadly this was overtaken by events. After updating it was published independently on 5 November 2009, the 100th anniversary of the first British opening. A Sixpenny Romance, celebrating a century of value at Woolworths by Paul Seaton, published by 3D and 6D Pictures Ltd is available in our gift shop, and has secured a full five star rating on Amazon.co.uk. Alternatively you can order a copy in any good bookshop by requesting ISBN 9780956382702.

Getting in touch with the author