After years of laissez-faire, in the 1960s the US Parent Company began to assert itself. Under new leadership it was determined to modernise and diversify, and expected its British subsidiary to do the same.

Whatever the views in London, it soon became clear that non-compliance was not an option. A series of projects were launched, including central distribution, computerisation and, most controversially, the opening of huge out-of-town superstores under the Woolco name.

In parallel British Executives also pursued their own agenda. They resolved on a massive expansion for their existing city centre stores in-situ, rather than following the American trend to relocate into Malls (Shopping Centres), and continued to open stores operating personal service at each counter, delaying a move to self-service for as long as possible. North America had made the leap right back in 1950, and had trimmed its workforce down substantially as a result.

The 1950s had seen Woolworth UK rocket to the top of the stock market, as Britain and Ireland's biggest retailer. The 1960s were to prove much more challenging. 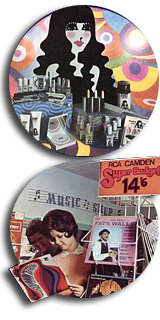 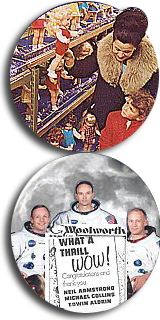 Woolworth goes out of town with Woolco

Race and Space in the USA