In the early 1950s Britain was still rebuilding after World War II and skills were at a premium. With a shortage of workmen, enterprising customers started to do some jobs themselves. Traditionally Woolworth stores had stocked tools for tradesmen but started to adapt to sell to the general public. Initially Store Managers were encouraged to extend the selection of tools, paints and polises that they offered and to use the skills that they had learnt during their training before the War. Displays were larger than in earlier years, but continued to follow the same principles that the firm had used for generations. 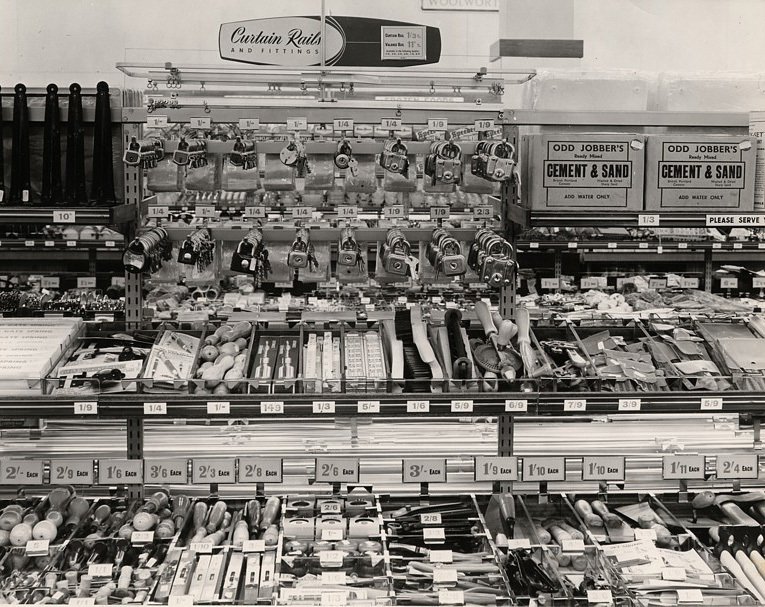 Sales grew rapidly. In 1953 new fixtures were used to make the displays taller. This made room for the range to grow three-fold. The new lines included large padlocks, curtain track, hinges and a wider selection of tools. For the first time it was practical to offer large items like the Sand and Cement. 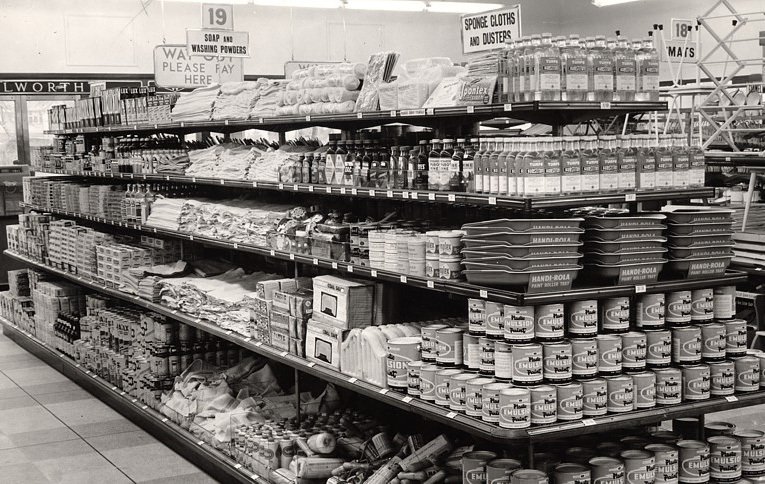 As the decade continued, purpose-built gondola islands were added in the largest stores. For years the chain had sold oil-based wall paint called distemper along with gloss in white and magnolia only. The Buyer recognised a trend for more style around the home and for paint that was easier to use. He worked with the long serving supplier, Donald Macpherson and Company, to develop new emulsion and non-drip gloss, which was introduced in a full spectrum of colours. The exclusive range was marketed as 'Household Brand Paint' and quickly became a best seller. By 1960 it was the market-leader, complementing the stores' selection of brushes, turpentine and sandpaper.

In the 1930s stores sold as many gas mantles as light bulbs. At the start of the 1950s each store allocated a single shelf to bulbs. As the decade continued the range expanded. By 1957 the largest stores had a whole island for lighting, including bulbs and a wide selection of lampshades, which were displayed on a lighting canopy above the counter. 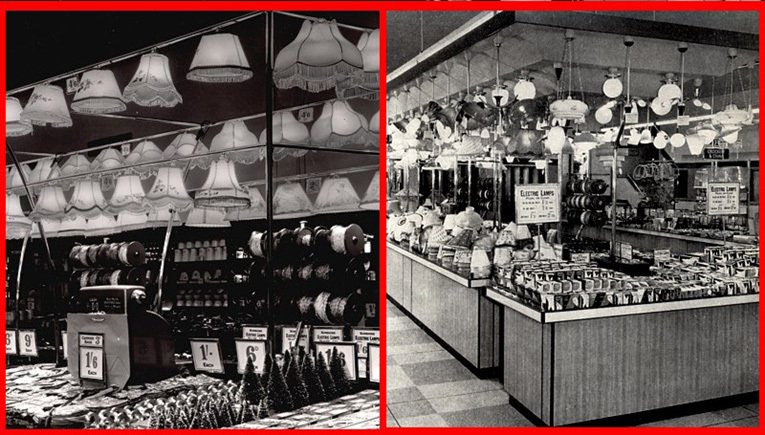 The two pictures above show the pace of change in the Fifties range of lampshades. The picture on the left shows an example of the simple wire frames that were used to display shades at the beginning of the decade, and the relatively plain designs that were offered. The picture on the right, which was taken in 1959, shows a purpose-built lighting canopy. This allowed the company to stock a variety of room centre hanging ceiling lights above the display of shades and bulbs. The canopy was one of the proudest exhibits of "the future" at the Company's Golden Jubilee celebrations and was tested in the stores in Leeds and Coventry. The units were rapidly rolled out and formed a key feature of all Woolworth stores in the 1960s and 1970s before being phased out in the 1980s.