This page gives information about how the museum was built, including the underlying research and the technology used. 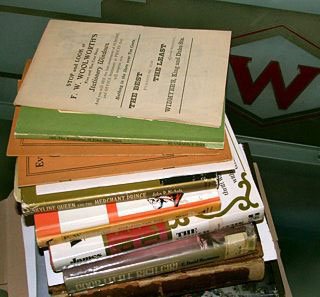 Research work started nearly seven years before writing commenced on the original version of the Museum.  Archive documents from the store-based Company (that are now held by Shop Direct Group), including hand-written minutes of the store chain's first Board Meetings in 1909, provided some pointers, but much more was needed.

To supplement the limited Company resources an extensive search revealed a wealth of material in libraries, at auction and in the private collections of family members of the chain's original pioneers on both sides of the Atlantic. It became clear that many colleagues shared a strong sense of tradition, and had collected staff magazines, press stories, photo albums and fond memories - in some cases spanning several generations from the same family, right back to Edwardian times.

Woolworths' people proved conclusively that while much of the heritage had been abandonned by the latter day management, the core value of "pride in the brand" remained alive and well, but needed to be preserved for posterity.

Like the chain itself, the Museum is an ecletic mix. It tries to make sense of thousands of documents and photographs, and to share multimedia items like films and gramophone records, using state-of-the-art computing and a broad spectrum of techniques to digitize content, capture and optimize the output. Meticulous care has been taken from winding the 1910s gramophone to loading the digital audio tapes to applying the sound filters on a Core i7 quad-core 12GHz PC, or sharpening and remastering the images.

The original version of the Museum was published in 2004, with the store based company making space for it as part of their on-line offering. Over a four year period it served more than two million pages, with a further million served in the week that the chain collapsed into Administration. The site spawned a BBC television documentary (screened on BBC2 and repeated many times on BBC4) and a special on BBC Radio Two, and has also featured on BBC television's Panorama, ITN News at Ten and in media coverage around the world, and was nominated as a 'National Treasure'.

Public interest in the site prompted many enquiries and offers of information, with work starting in 2005 on an enlarged version which was intended to mark the 100th Anniversary of the Store Chain as a going concern. Sadly this was overtaken by events, which only serve to highlight the need for a permanent memorial to the much-loved and much-missed High Street stores. 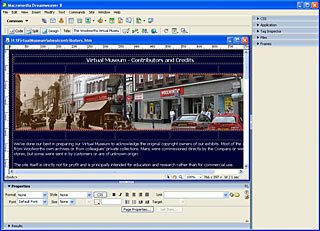 The screen layout and design has evolved since work first started, assisted by the rapid advances in Adobe software as Macromedia Studio 8 morphed into Dreamweaver and Photoshop became Creative Suite.

Over the last ten years technology has changed beyond recognition. Not only are home connections now much faster, with computers have larger, higher resolution screens, but many people browse on the go with tablets and phones. As a result, today we are able to offer a much richer multimedia experience, using the very latest HTML5 technology to embed videos (completed with closed captions for accessibility, and video.js for consistency of presentation and Flash fallback). Audio tracks are also embedded with HTML5. To make the site responsive we've used Twitter Bootstrap, javascript and CSS to adapt the layout to fit even the smallest screen. We've also worked to boost the speed of the site, combining and minifying the scripts and style sheets, and losslessly optimising all of the images, as well as using Google's mod_pagespeed and compression technologies to improve the experience for our visitors. 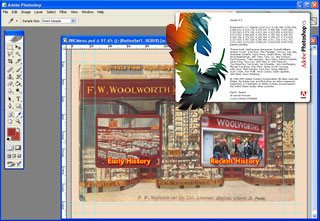 The site is effectively a showcase for Adobe CS5.5 Master Collection, with virtually all of the applications used in one area or another. The pages were prepared in Dreamweaver, with animations from Fireworks, picture processing in Photoshop Extended and Adobe Bridge and video content from Premiere and After Effects. The interactive content was built with Encore, Premiere Pro, After Effects and Flash Professional and Audition. Video content was prepared using Miro Video Converter and uses video.js.

The interactive timeline uses Ajax Spry, while javascript and CSS deliver the site navigation and the dynamic resizing of the content. The search facility uses 'Zoom' which the Woolworths Museum has licenced from Wrensoft. There is also music licenced from Jack Waldenmaier Productions (The Music Bakery). Some of our sponsors use cookies to track responses to their advertising, but the Museum itself does not use cookies or other tracking technology. 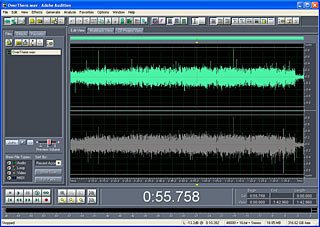 Audio for our Virtual Jukeboxes and Video for the Virtual Cinema and interactive quiz provided a particular challenge. Over time we have experimented with a number of technologies, culminating in HTML5. The songs are available in MP3, WAV, OGG and AAC format. For compatibility we have left our previous AIFF files on-line. Video is offered in MP4, WebM and Theora formats (Adobe F4V MP4 in the Interactive Quiz).

Most of the images on the site are presented at 96 dots per inch. Where possible we have used lossless technology to keep the file sizes small, while maximising the picture quality.

The site has been tested with the latest versions of Internet Explorer, Firefox, Safari, Opera and Google Chrome and adapted to suit the nuances of each of these browsers. We have also used the advanced developer tools in Google Chrome to test the content on simulations of a wide number of phones and tablets, tweaking as appropriate. We cannot promise perfection, but have done our best.

The woolworthsmuseum.co.uk site is hosted by GoDaddy.com on a Linux Ultimate Package with cPanel. We chose this ISP because of their native support from Google's innovative mod_pagespeed and content compression. They also offer an up-time guarantee and superior processing speed at a competitive price.

We hope you enjoy your visit to our Virtual Museum and find what you're looking for.  If you have feedback or ideas about how the site could be improved, please let us know. Thank you.