The locations of British and Irish Woolworth stores used to be listed in a company document called the HO57. To assist visitors in their research, this page makes three of those lists available for download.

A number of site visitors have suggested that we should include a list of store names and addresses, which they feel would be helpful to local historians. In response we have prepared three documents, which are available for download from this page. 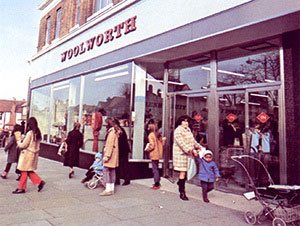 Until 1971 the Company's proud boast was that only Mr Hitler had ever closed a Woolworth store. Executives had persevered with loss-making locations, often investing to try to secure a turnaround. The expense of converting to decimal currency forced a change in policy, prompting the sale of a number of freehold branches between 1970 and 1973. This store name and address list, which was first published in 1972, is the most comprehensive directory of British and Irish Woolworth stores, including even the branches the branches that had recently closed. The document is in Adobe PDF format. 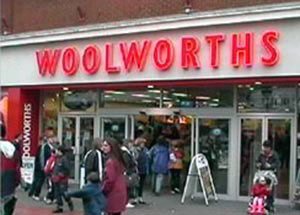 Many of the large branches were closed and sold after the chain was taken over by Paternoster Stores (Kingfisher). But by the 1990s the new owners had started to open smaller outlets in the towns and cities abandonned in the Eighties.

The second list shows the names and addresses of the 800 stores operating in 1995, and also includes a list of the branches closed after the chain was taken over. This list includes an alphabetical index of the towns severed by a Woolies. 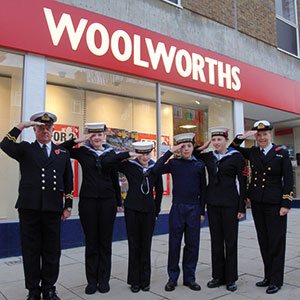 The final list shows the 818 British and Northern Irish stores that were trading in November 2008, when the business collapsed into Administration, as well as a handful of experimental shops-within-shops in the larger branches of the Somerfield supermarket chain.

Get in touch with the author