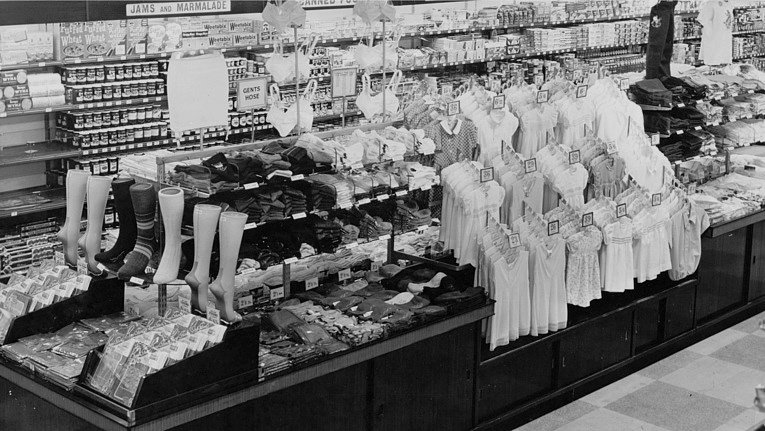 After years of austerity, 1949 marked the official end of clothes rationing in the UK. Woolworth had started to build its fashion range during the war after dropping its sixpenny maximum in 1940. Apparel was identified as a potential growth area for the Fifties.

At Portsmouth executives allocated a whole island counter to Clothing. The product selection included tights, stockings and underwear, along with childrens clothes, a limited range of ladies blouses and pullovers for men and women.

Extension pieces were affixed to the counter tops to allow some of the garments to be displayed hanging. Previously the firm had arranged all of its products between glass dividers on the counter top.

Early fashion sales were encouraging. When the Portsmouth store was extended in 1953 the range was given a lot more space. The clothing counters had almost a quarter of the ground salesfloor.

The displays included a whole island counter for kidswear, another for ladieswear and a third for menswear. To complete the offer there was also a comprehensive range of lingerie, hosiery and belts. Prices were kept competitive with most garments selling for five shillings (25p) or less. A few items were offered at higher prices of up to 17/6 (seventeen shillings and sixpence or 87½p).

By 1955 the positive customer reaction to the clothing ranges had encouraged the company to experiment. The range of higher priced lines was expanded and new display principles were implemented. The large store at Above Bar in Southampton, Hampshire was chosen to put the theory into practice. Like many of the stores destroyed in the Blitz the branch had re-opened in stages from 1949 until 1954. The final wave saw the opening of an upper salesfloor, with a customer restaurant and a large new clothing department. Garments were displayed hanging on the walls. The shopfit included new spotlighting to give extra prominence to the feature. For the first time customers were invited to select for themselves from the displays rather than asking an assistant for help. The product selection included a number of garments costing between twenty and forty shillings (£1 to £2). 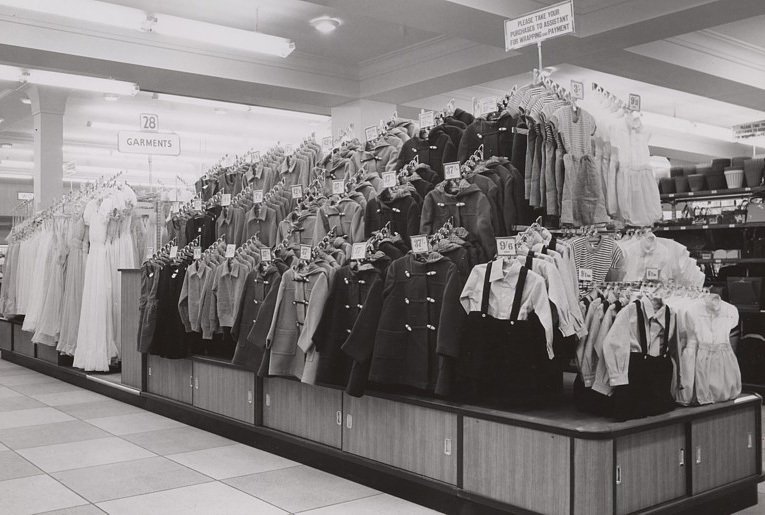 Building on the learning from Southampton, a new store in Cornmarket, amid the dreaming spires of Oxford provided a showcase for the firm's new ideas when it opened in 1957. It was intended to be the first of a new generation of superstores.

Product quality was upgraded with help from the Pasold company. The Buyer chose a number of Ladybird garments. Woolworth insisted that their name rather than the Supplier's should appear on the product labels. 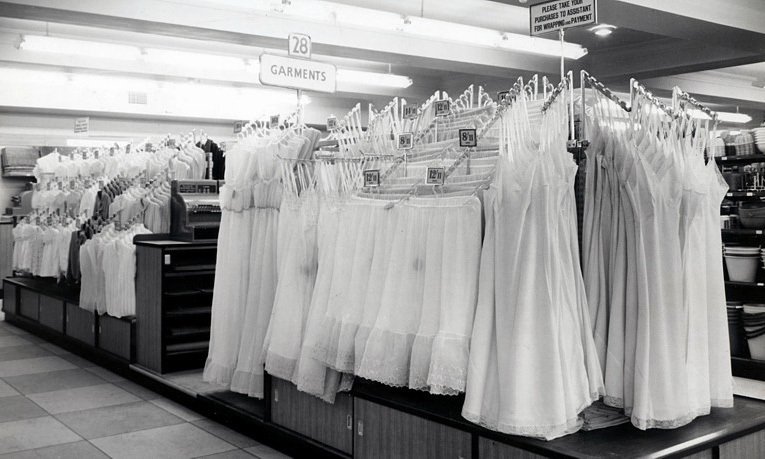 New lingerie ranges were also displayed hanging. A long-standing Leicestershire supplier made the range, which was of much higher quality than any Woolworth store had offered before. The 8/11d (44½p) price was very competitive. 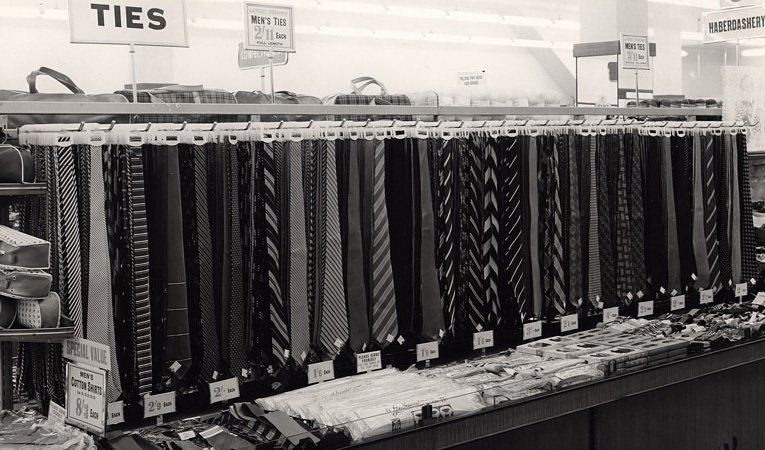 By the end of the decade the new upmarket clothing ranges were offered in more than a dozen stores. Sales had grown steadily. The Woolworth Board was confident that they would be able to overtake Marks and Spencer in the Sixties, as more stores were modernised and the range was extended across the chain. M&S had other ideas!