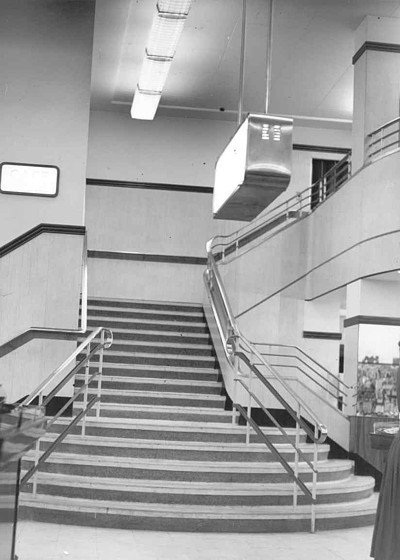 Please click the staircase to visit the restaurant, which is upstairs