When it opened in 1938, the newly-extended Woolworth store on the seafront of the English resort of Blackpool was the largest in the world. It had been designed and purpose-built to the highest standard to serve the hundreds of thousands of tourists who stayed in the north-western town each week in peak season.

Its three triangular salesfloors offered all manner of items for sixpence or less, displayed to show that they were worth much more. But even the splendour of the magnificent counters was eclipsed by what stood above.

With many tourists opting for bed and breakfast accommodation, Woolworth aimed to provide good food for every visitor with an extensive lunch and dinner menu, with two whole restaurant floors which opened from dawn to 11pm. But, just a year after it opened, Britain went to war. Despite all of the challenges of the conflict, the Restaurant went from strength to strength, becoming the favourite haunt of local airmen, and maintaining an air of optimism and tranquility to help people through the darkest hours.

Thanks to the generosity of the family of Mrs Sybil Preece, we a proud to feature a wartime menu on this page, preserved from September 1941. Main article. 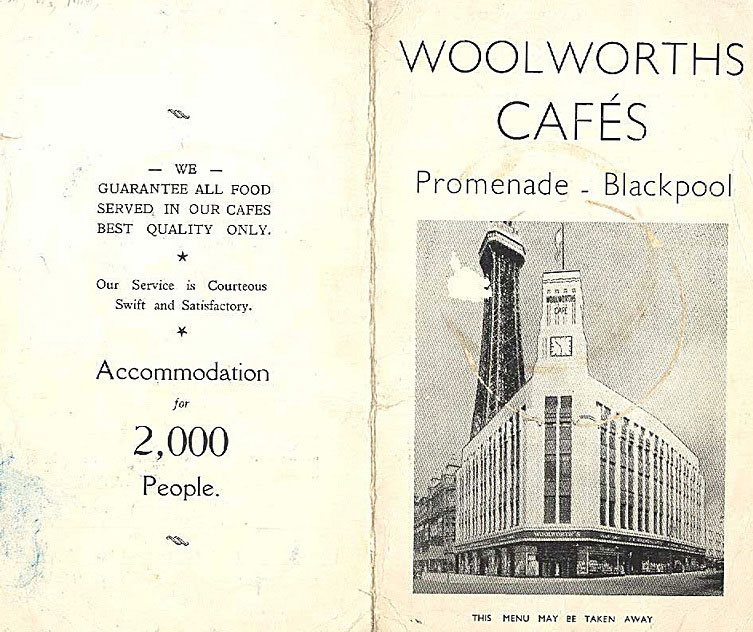 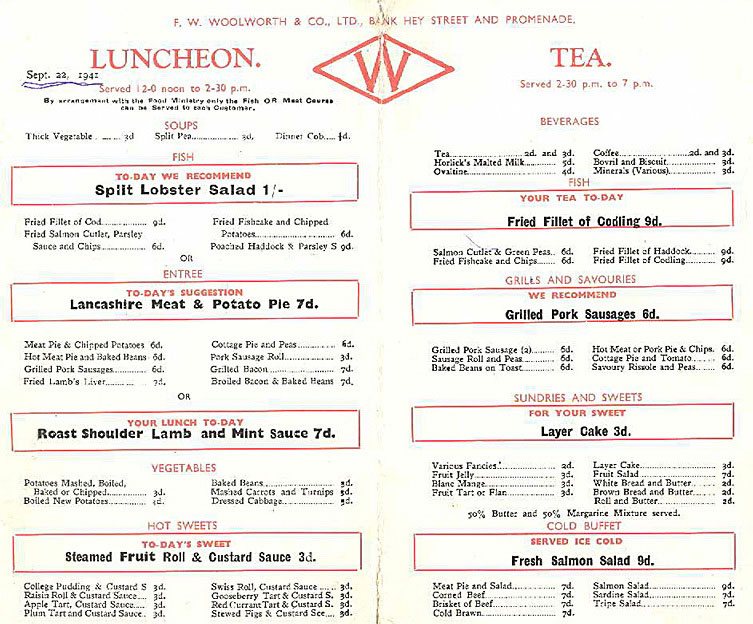