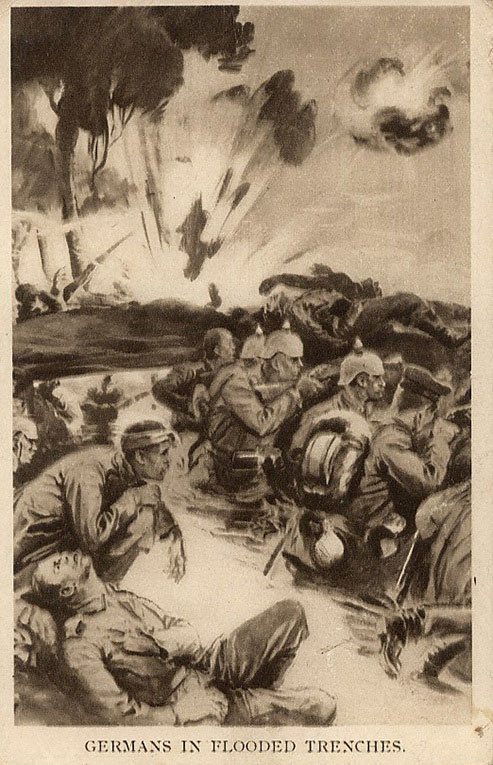 The caption on the back of this card reads:

It is regarded here as a very satisfactory sign that the Allies are not only holding the important position at Ypres,
which commands the road from Ostend to Lille, but have extended their forces from Ypres to the coast.
The German positions north of the Aisne are rapidly becoming untenable, partly because of the removal
of troops to strengthen, the other parts of their line, partly because of the rainfall of the last few days
which has filled the trenches with water, and the increase of disease.