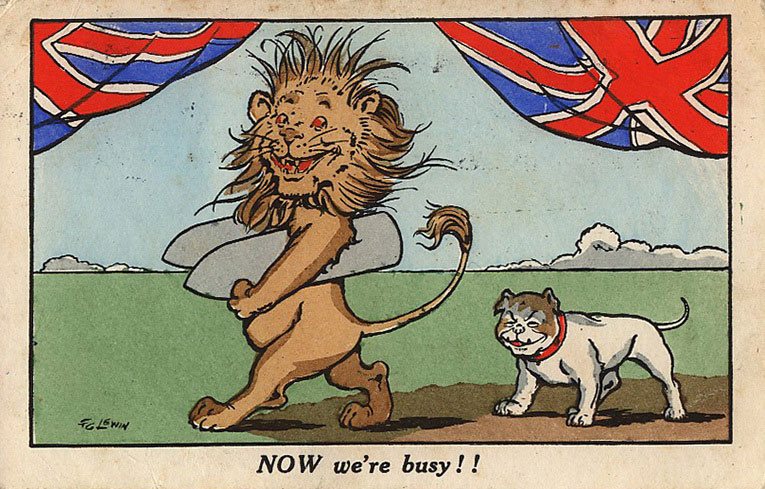 The British Lion, carrying two torpedos says to the British bulldog "NOW we're busy !!" - ready for some of
the most demanding and dangerous naval battles in the history of armed conflict. The patriotic card was
drawn for Woolworth's by F.G. Lewin, a celebrated Edwardian illustrator, who drew cards for many
publishers, and also prepared content for children's books and even gravatures for a
turn-of-the-twentieth century publication of the complete works of Charles Dickens.