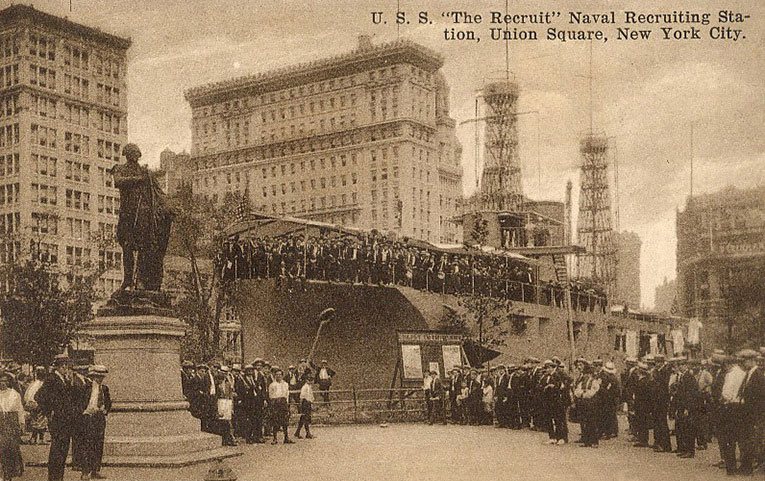 This card, published by F. W. Woolworth Co. in the USA, shows men queuing to enlist for service in the Great War in 1917,
shortly after the Americans (finally) joined the conflict.

Frank Woolworth instructed that the photograph be taken and put on sale as part of his campaign to support the war effort.
Every store also included a dedicated table for the sale of war bonds.