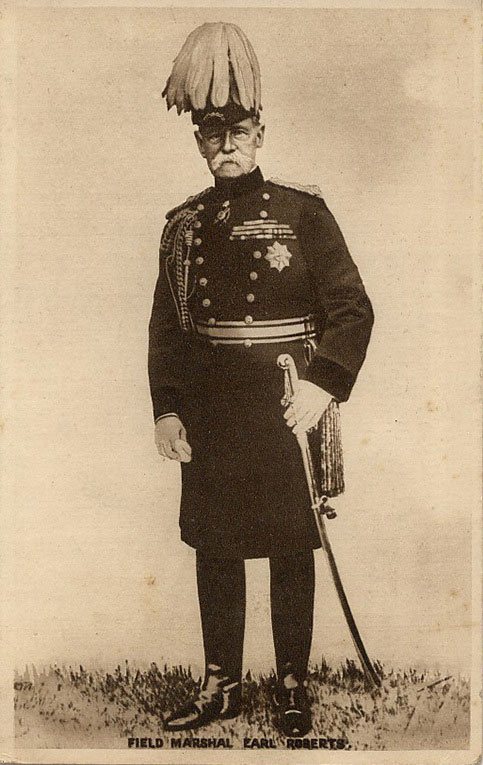 Field Marshal Roberts was one of the most successful and admired commanders of Victorian times, distinguishing himself in
India, South Africa, Afghanistan and Ireland, winning votes of thanks from Parliament and many honours, and winning the highest accolade for a soldier in battle, the Victoria Cross. He commanded the British forces in the Boer War (until he was relieved through ill-health in 1901), and was the last man ever to be Commander-in-Chief of the British Army until the role was dropped in 1904. He retired in 1905, although he was asked to maintain his association with several Regiments into retirement.

Roberts died of pneumonia in France on 14th November 1914 on a trip to rally the troops at the age of eighty-three.
He was one of only two non-Royals to lie in state in Westminster Abbey in the twentieth century (the other being Winston Churchill).
He is buried in St Paul's Cathedral.