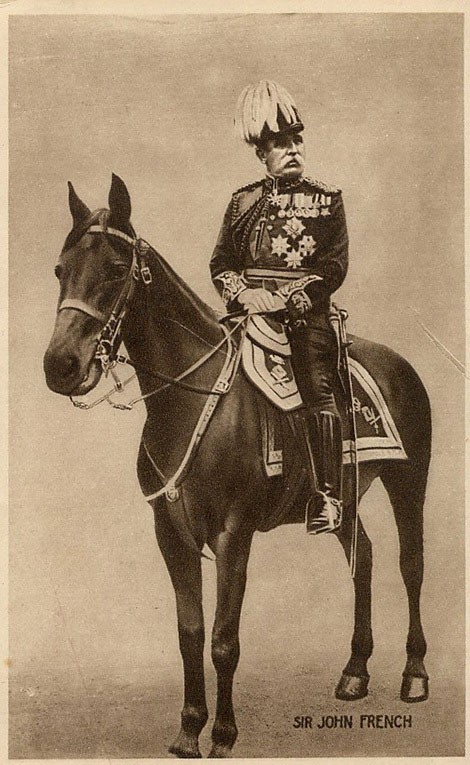 French commanded the British Empire Force in France during 1914 and 1915 including the resolute defence of Ypres.
His command became less successful as the war continued. He was replaced in 1915. In 1916 he was sent to quell
the Easter Rising in Ireland. Afterwards he was appointed Lord Lieutenant of Ireland. He died in 1925.