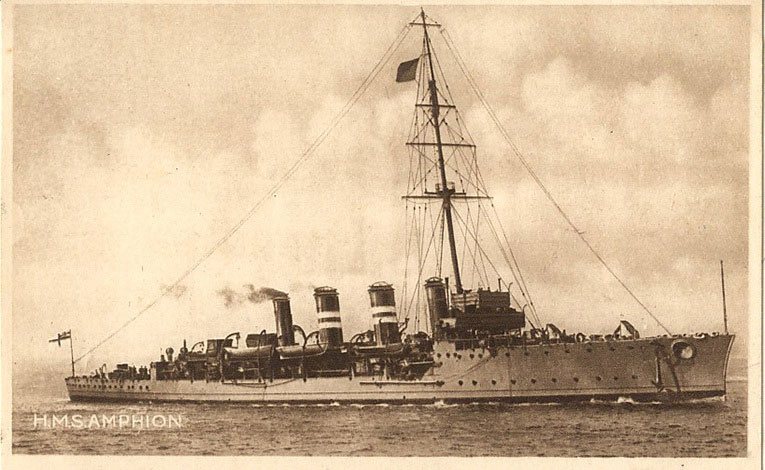 HMS Amphion was the fifth Royal Naval vessel to carry the name, an active-class scout ship. Sadly her ignominious fate was to be the first British warship destroyed in the Great War. One day after her first kill (sinking the German auxiliary vessel Konigin Luise), she sank in the Thames Estuary on 6th August 1914. Worse still is the fact that the mine she struck was laid by the Konigin Luise, and to complete the irony 19 rescued survivors rescued from the German vessel were among the 170 souls who lost their lives. Her sinking inspired the expansion of the British fleet of minesweepers and an upgrading of their equipment, supplementing HMS Speedwell, the next vessel in our Great War Postcards Gallery.