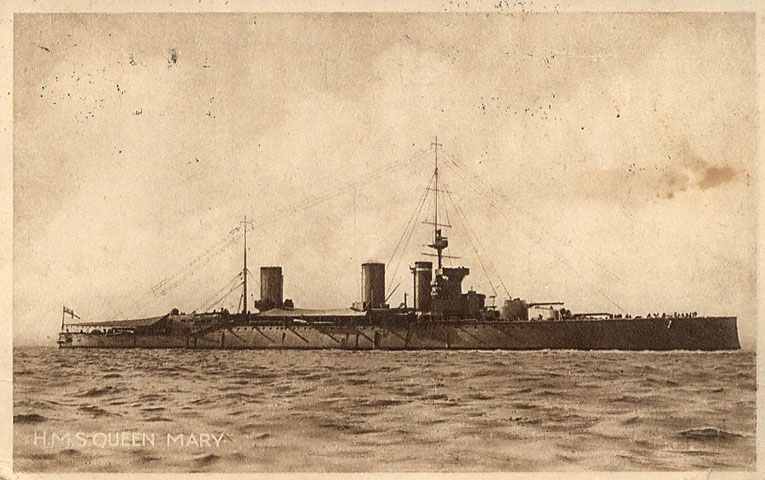 HMS Queen Mary was built by Palmers and was launched in 1912. She had a substantial armament including four pairs of thirteen-and-a-half inch guns and sixteen four inch guns. Anti-aircraft guns were added in 1916. She saw service at Heligoland Bight, the Battle of Dogger Bank and fatefully at the Battle of Jutland in 1916, where she received two direct hits from the German Ships Seydlitz and Derfflinger. She exploded and sank with the loss of 1,266 souls. Only nine survived.