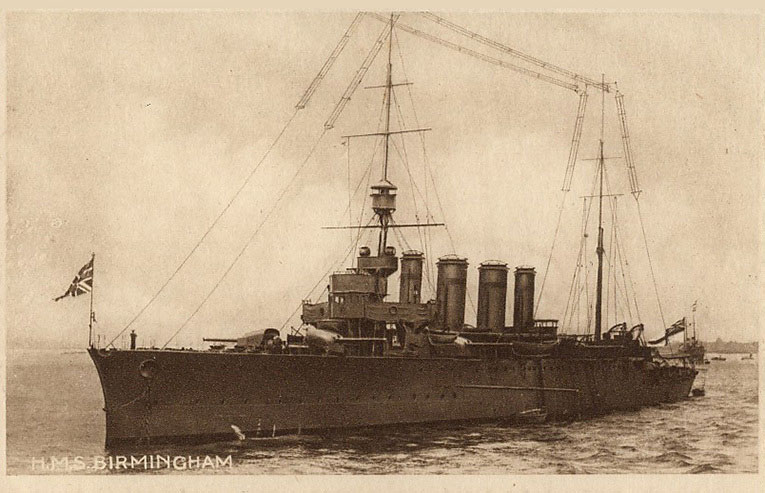 HMS Birmingham was built at Elswick, launching on 7th May 1913 with the build complete in January 1914. She was an enhanced version of the Chatham class which came to be known as the Birmingham Class. She sank a U-boat in 1915 and sustained slight damage at the Battle of Jutland in 1916. She survived the Great War, transfering to overseas duties for the Royal Navy from 1919 to 1931 when she was decommissioned.