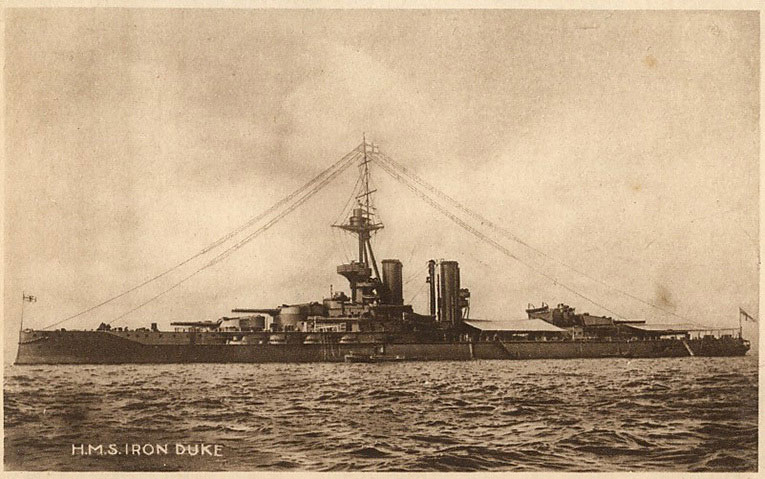 HMS Iron Duke was built at Cammell Laird in Portsmouth, launching on 12th October 1912, with trials completing in 1914. The total cost of construction was almost £2m. She was the first Dreadnought of a new class (the Iron Duke Class), and the first battleship to incorporate anti-aircraft guns. Iron Duke became the flagship of the fleet under Admiral Jellicoe and later Sir David Beatty, playing a key role at the Battle of Jutland in 1916, firing off ninety thirteen-and-a-half inch rounds during the battle and receiving no damage.

In 1931 she became a gunnery training ship and was the base ship for the Home Fleet during World War II,
finally being sold for scrap in 1946.