The Pasold Family made fine clothes in Continental Europe for generations, including many items for children.

But it opened its UK factory in Langley, Buckinghamshire in the 1930s, as fears grew about politics in Germany and growing instability in Europe.

The White Bear brand that the company had used was ill-suited to childrenswear and did not appeal to British mums, so the firm decided to pursue a longstanding dream in marketing under the name Ladybird.

To go with it, they invented a back-story based on family folklore, which underlined their commitment to quality and the key point of difference between many of their early clothes and those sold by their rivals. By the 1950s the Ladybird legend was fully documented and beautifully illustrated with eye-catching icons which captured the imagination of many youngsters and their mums. It was used extensively to market the brand as it became established around the world.

We have reproduced it, including the original text and many of the original, iconic images on this page. 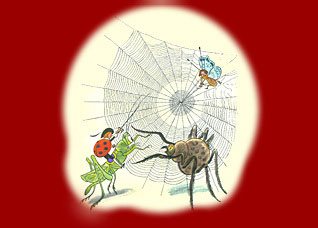 The legend of the scarlet Ladybird

Ladybird and Woolworths are now brands of Shop Direct Group Ltd. All trademarks are acknowledged. 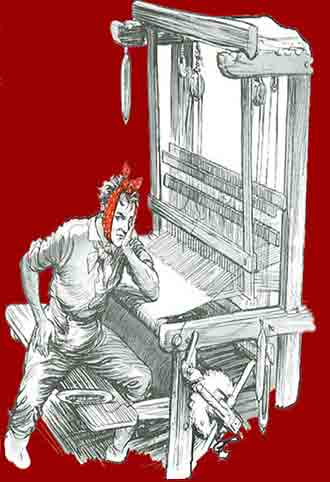 Once upon a time there was a weaver, whose name was Johannes George Pasold. The cloth he wove was so soft that people came from far and near to buy it. One day the King ordered him to weave a piece of cloth to make a shirt for the young Prince. But that day nothing went right with Johannes George. To start with he had a bad toothache, then the threads got tangled and the loom broke. Very tired he went to bed, but the day's misfortunes left him worrying long into the night. At last he fell asleep and had a wonderful dream. A scarlet Ladybird appeared and spoke to him. 'Don't worry, Johannes George, I will show you how to knit cloth finer that you have ever seen'. 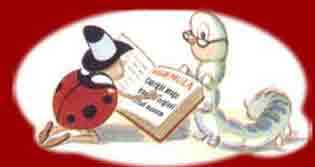 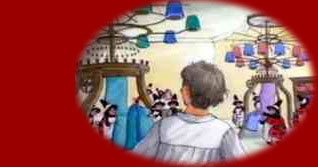 With that he found himself whisked out of his bed and carried into a meadow where hundreds of funny little ladybirds seemed to be playing with tiny red bricks.  Before he knew what was happening they had built a huge palace, and as the gates swung open Johannes George walked in.

Looking round, he saw thousands of wheels spinning so fast that it made him feel dizzy. Clicking levers glistened in the light, tiny needles chased each other up and down, and bobbins changed their yarn into cloth so quickly that it looked like magic. 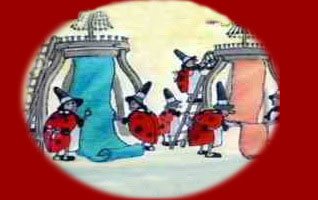 But that was not all - hall after hall, each more fascinating than the one before, unfolded fresh mysteries.  Here he saw cloth dyed the loveliest hues, there it was cut and stitched, and at the end thousands of dainty little garments came tumbling down.  They were so beautiful and soft that each was fit to be worn by a Prince on a Sunday. 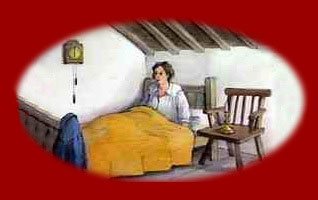 At that instant the clock struck six and Johannes George woke up.  Gone was the dream - and now he'd never know the secret of those shirts!  Dear oh dear, he'd overslept, and there was the loom to mend and the cloth to weave.  The King might send for him that very day! 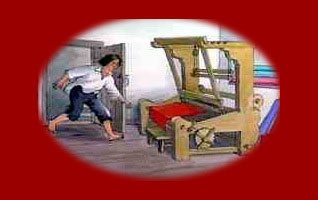 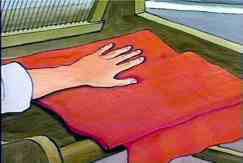 But when he went to do the job he found the loom put right, the threads unravelled, and the most beautiful piece of cloth lay ready woven.  In wonder he ran his hand over the soft texture, and as he did a ladybird spread its wings and flew out of the window. 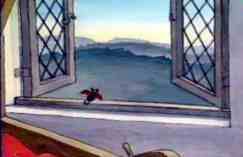 He did not see the ladybird again until his son Johannes Adam was born on 4th September 1749. On that day he saw one sitting on the baby's cradle.

When Johannes Adam grew old enough to understand, his father told him of the ladybirds and the shirts he had seen in his wonderful dream, and of the clock that had cut it short. 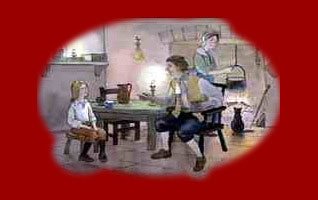 The little boy loved the story and often wondered how the dream might have ended had his father not woken up.  One day when he was playing in the fields he saw a ladybird and took it in his hand, but it flew away.  The boy ran after it up hill and down dale.  Each time he reached for it the little beetle flew off again until Johannes Adam was so tired that he sat down under a large oak tree and fell asleep. 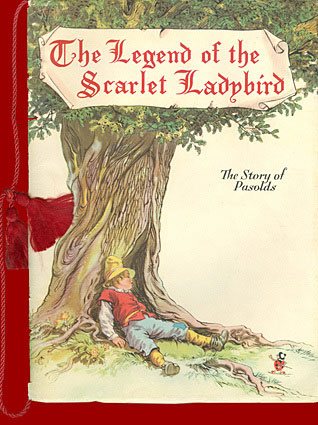 And then he began to dream.  It was the same dream his father had dreamt many years before, only this time there was no clock to wake him and he dreamt it right to the end.

In the evening he woke up.  He had been asleep all day and his father was glad to see him back.  Johannes George could hardly believe his ears when the boy told him the ending of the dream in which the secrets of the clicking levers and jumping needles were revealed. 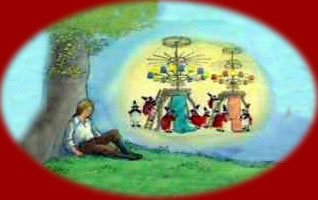 They were frames he'd seen, and the shirts were knitted - not woven - that's why they were so nice and soft! 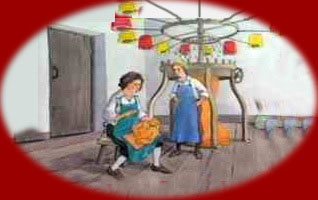 Johannes George had never heard of knitted shirts before and shook his head in amazement.  But when the boy described in detail how the needles worked and the shirts were made, he was eager to try.  Together they set to work and built a machine exactly like those in the dream. 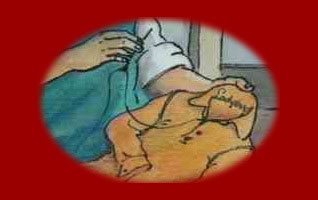 It took them many months, and when at long last it was ready and the first shirt was knitted, they stitched the sign of the scarlet ladybird inside the collar and sent it as a gift to the King.  And that was the beginning of the wonderful machinery developed by the House of Pasold through the ages. 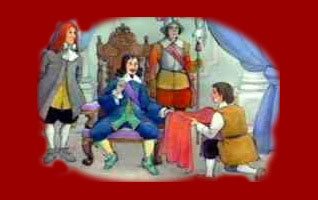 Johannes Adam followed in his father's footsteps, forever tinkering with his looms and knitting frames.  He became Master of the Knitters' Guild and the garments he made were famous throughout the land.  But he was never satisfied and whenever he needed inspiration he went back to the oak tree to dream - and the little ladybirds never failed him. 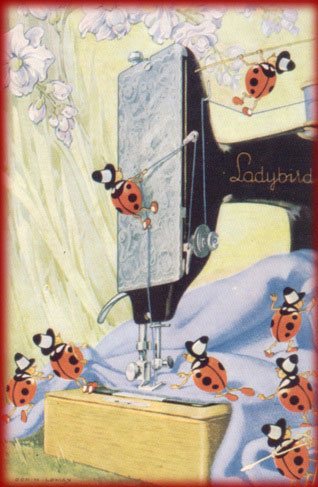 Before he died, Johannes Adam took his son to the old oak and told him of the dream and the ladybirds.  And so the secret has been handed down from father to son, inspiring each generation with ideas for still more wonderful machines to knit garments not only for princes but for millions of little boys and girls all over the world.

So now you know why Shop Direct have the Sign of the Scarlet Ladybird as one of their Trademarks!

We would like to express our special thanks to Professor David Jenkins and Dr Kaori O'Connor of the Pasold Research Foundation for their support and encouragement in the development and maintenance of the Woolworths Museum.