In 1979 F.W. Woolworth Co. marked a special milestone as it celebrated a century since Frank Woolworth had opened his first successful store in Lancaster, Pennsylvania on 21 June 1879.

It provided an opportunity to reminisce about the days of the Five and Ten, and to say thank-you to its patrons across the USA and Canada.

Behind the scenes a hostile bid from Brascan Ltd of Canada had made it rain on the parade, but celebrating a century of success and recalling the huge dividends of yesteryear seemed the ideal way to ridicule the threat.

1979 marked a major milestone for F.W. Woolworth in the USA and Canada

21 June 1879 marked a major landmark as the F. W. Woolworth Co. celebrated its centenary with a series of special events. A century after Frank Woolworth had opened his Great Five Cent Store in North Queen Street, Lancaster, Pennsylvania, the focus was on sales generation. The birthday captured the attention of the media. It received extensive TV coverage and a nostalgic feature in Time Magazine, as well as thousands of column inches of local press coverage. The stories diverted attention from a fierce bid battle raging behind the scenes. 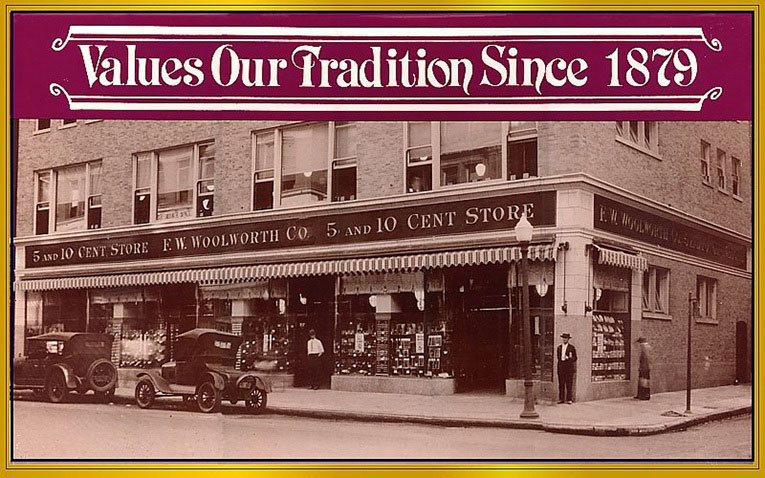 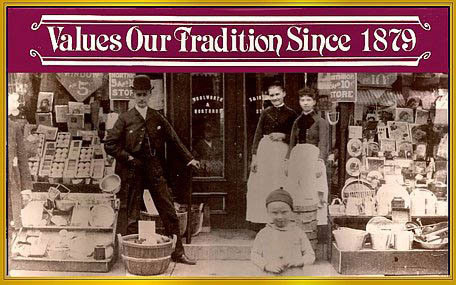 Every store was issued with five framed posters for display in the windows and at the checkouts. They were headed "Values our Tradition since 1879", and showed animated scenes of early 5 & 10¢s. These proved popular, even when the modern store looked older!

A well orchestrated promotional campaign brought fresh bargains every fortnight to create a sale atmosphere in honour of the birthday. This helped Woolworth's to re-assert is value credentials and showcase its modern fashions, electricals and larger items. Spending rose as nostalgic TV ads prompted a trip to the 5 & 10¢ for a vanilla coke, a soda from the fountain, some popcorn or an ex-chart record for 69¢. 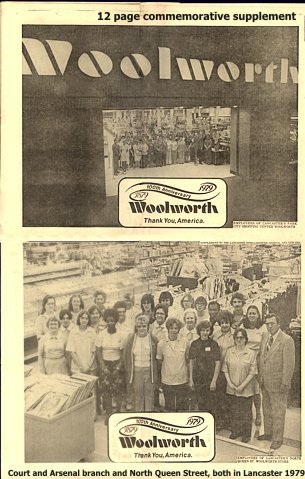 In the birthplace, Lancaster, Pennsylvania, the local paper carried a special 100th Anniversary supplement. Its covers featured photos of the staff from both the modern day branch in North Queen Street, and the larger state-of-the-art outlet in the Lancaster Park City Shopping Center nearby. Inside it contained a 12-page potted history, which included details of its international operations in Britain, Germany, Mexico and Puerto Rico. 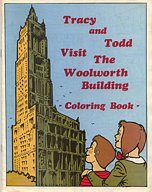 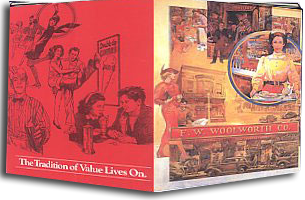 The celebration giveways included coloring books, menus with the slogan 'The Tradition of Value Lives On', free clown toys, finger puzzles and plastic six inch rulers. But, where once Frank Woolworth had insisted that promotional items had to be particularly well-made, older American Managers remember that every expense had been spared in assembling the selection of freebies. 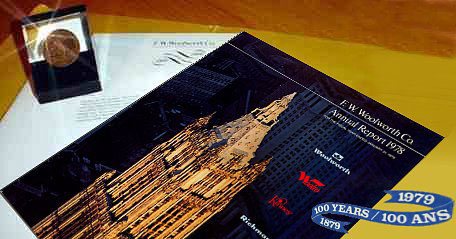 There was something more elaborate for insiders. The Annual Report was distributed in a presentation sleeve of two full colour booklets, one telling the story and the other looking to the future. Both were beautifully illustrated and spanned all of the subsidiaries across the world.

Large gold-coloured commemorative coins were struck. Associates were given them loose, while they were encased in perspex paperweights for stockholders. At the time the future appeared bright for the chain's 3,000 stores.