An unwelcome hostile bid from Dixons prompted the most radical overhaul that Woolworth had ever seen.

The Dixons-to-Curry's supremo Stanley Kalms contrasted the low returns from Woolworth with the high profit generation of B&Q and accused the new management of asset stripping the High Street stores, without any clear plan for their future.

Secret work on an alternative strategy, codenamed 'Operation Focus', was accelerated and put into effect rapidly. The transformation was plain to see. It proved a hit with shoppers, and fashioned a new-look Woolworths which would sustain the brand for a generation. 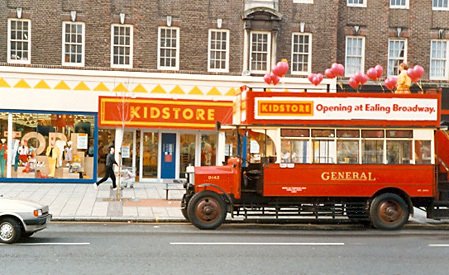 As work on the Cornerstone strategy continued, a separate team was set up to explore a more radical alternative, a shop 'just for children'. Consultants worked on the look while Buyers chose the products.

The first 'Kidstore' took the place of the Woolworth in Ealing Broadway, West London. It opened on 3 April, 1987. Shoppers liked the new look and sales were good, prompting two further outlets in Colchester, Essex and the Riverdale Centre, Lewisham, SE13.

Observers were impressed that so much of the product offer was new and different. The team had reinvented the sweets, toys and clothing ranges. 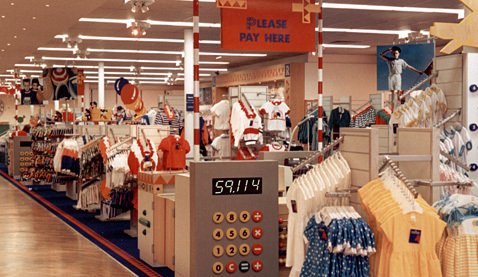 The Kidstore team had excelled. Despite buying for a tiny chain, they had matched prices with Woolworths, at the same margin, for a brighter, more contemporary range.

The Board concluded that it would be best to adopt the ideas across the main-chain, building the best of the Kidstore concept into the core format. New plans changed the space mix, extending Toys and Clothing and dropping the worst performing ranges. The approach came to be known as 'Operation Focus'. 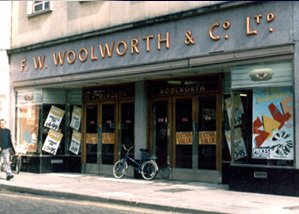 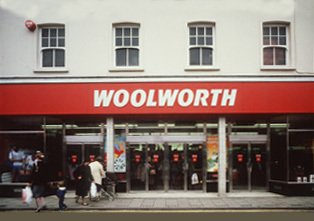 The challenge was to find a formula to suit large and small stores, whether new or old.

The exterior of many branches had not changed for more than thirty years. 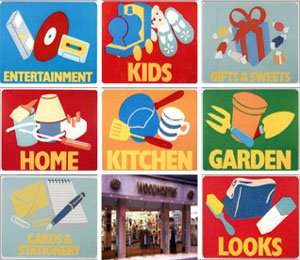 Following the Cornerstone pattern, as the stores adopted the new look they were renamed 'Woolworths'. Everything else went. This elimnated Food, Delicatessen, Wines and Spirits, Adult Clothing, Audio & TV, Fishing & Darts, Home Brew, Toiletries, Furniture and Carpet, which were all cut to clear in 1986-7. In parallel the store card was withdrawn and the credit offer was dropped. 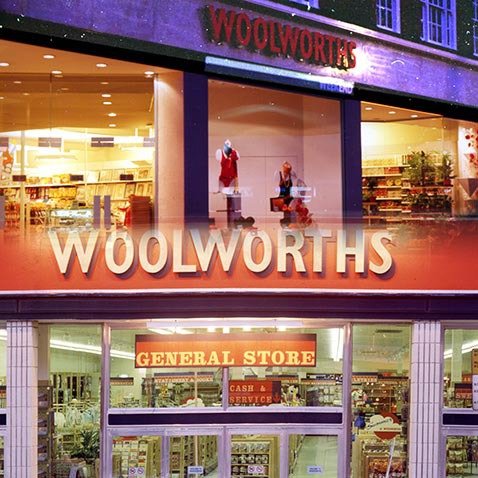 Stores were divided into three types:

For example in smaller branches 'Looks' was made up of just hosiery and hair goods, while the large outlets had personal service Jewellery and Cosmetics counters, as well as handbags and bright, contemporary fashion accessories.

The interiors were distinctly different. Shoppers were impressed by the look of the first General Store in Bicester, Oxfordshire (below, left). The prototype Woolworths Weekend in Gallowtree Gate, Leicester (below, right) was also a hit.

The Company also acquired its wholesale music supplier to secure that element of the strategy. It paid £6.5m for Record Merchandisers Ltd. The subsidiary was later renamed Entertainment (UK) Ltd. It took on responsibilities traditionally undertaken by the Buying Office, choosing the range and setting the prices, as well as sourcing and supplying the goods. An EUK field force helped to train the stores and maintain standards. 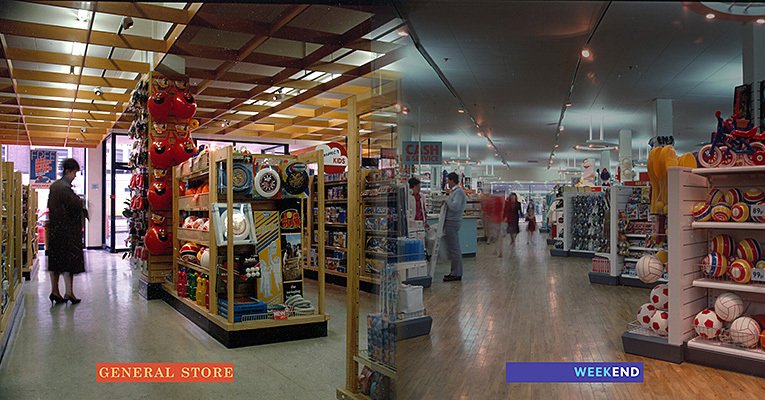 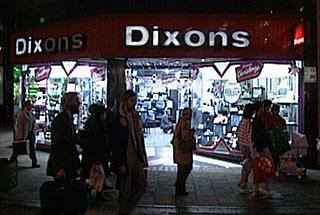 Testing of 'Focus' was accelerated in response to a hostile takeover bid from Dixons Stores Group. As the acrimonious bid-battle continued, the new format was rushed into more than fifty stores, each selected because it was in a town with a high concentration of shareholders.

The suffix names "Weekend" and "General Store" were dropped after customers starting asked why the big stores didn't open Monday to Friday and why the small stores didn't sell Cornflakes! The extravagance of the shopfitting was also scaled back. The fancy cartwheel lights and pine shelving were dropped for mass roll-out. By 1990 every store had moved to the new look. 300 branches had been fully refurbished, and 450 had been spruced up and re-arranged. Ironically, in accelerating the change, the bid battle helped to sustain the chain.