This page tells the story of the early life of the two Woolworth Brothers, Frank Winfield, who was later to be nicknamed The Merchant Prince, and his lesser known brother Charles Sumner (nicknamed 'Sum'), who served and shaped the Five-and-Ten chain for an astounding sixty-seven years. It shows how chance events in childhood came to shape the value store chain that grew to over 5,000 shops around the world. 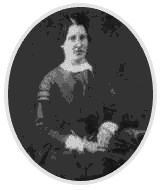 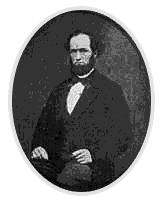 The Woolworth story begins more than 150 years ago, when the world was very different. John Hubnall Woolworth ( right) had just returned from fighting in the American Civil War and had set up a small farm with his wife, Fanny McBrier Woolworth (left) and their two sons, Frank Winfield and Charles Sumner in Great Bend, Jefferson County, New York. The family were staunch Methodists. His younger son was given the unusual Christian names Charles Sumner in honour of the famous abolitionist, and as a sign of the family's commitment to ending slavery.

The family struggled to scrape a living in a difficult economy. Despite Fanny having private means, John insisted on supporting his family. 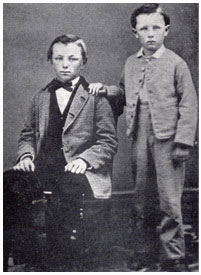 On weekdays the boys helped on the farm before hurrying to the local school. They did another spell on the farm in the evening. One of their favourite leisure activities was to visit the abandonned house of Joseph Bonaparte, the brother of Napoleon's, which was nearby. For a while Joseph had been the King of Spain. Frank fancied being an Emperor!

Frank's school record shows he was a good, hard-working, charming but undistinguished pupil. He and his family were well liked by his teacher, but no-one believed he would make much of himself. It looked as if he was set for life on the farm, and one day he and Sum would take over from their Father. At 16 Frank left school to work on the farm full time.

In later life Frank Woolworth recalled a particularly formative moment in his teenage years. He and brother 'Sum' saved up their nickels and dimes to buy their mum a birthday present. As the day approached they headed off into town to look for something. They toured the centre of Watertown (illustrated above) in search of a gift. They settled on a scarf costing 50¢. When they came to pay, all in loose change, the assistants all gathered round to snigger. The poor boys were teased that in a year's time they would have scraped together enough cash to buy the other half of the matching gloves. Frank recalled the humiliation and hated the way poor customers were treated so badly compared to richer people. He walked out and bought from another store.On the way home he told Sum that one day 50¢ would be enough to buy five or ten items, and every customer would be treated with respect. It was an important learning, which later inspired one of the stores' core values. Woolworth's aimed to be 'classless' and to give the same friendly, efficiently service to everyone, whether they were spending a little or a lot. 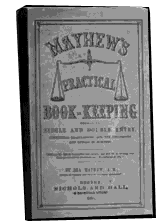 Frank didn't enjoy farm work, and persuaded his mother to pay for him to do a book-keeping course at night school. After clocking off work he would take the family pony and trap into Watertown for an evening's learning. He found the course interesting partly because it introduced him to the principles of commerce. In later life he described the training as a catalyst for his success.

He took a good look at the shops each time he went to Watertown, and began to plan his escape from the farm. He dreamt of becoming an engine driver, but thought it would be more realistic to become a merchant. In Spring 1873 he persuaded his Father to release him for six months to give it a go. His mother gave him a small allowance to fund his living costs. A family friend gave him a month's apprenticeship in his shop and arranged an introduction to the proprietors of the local Dry Goods Store, which was the smartest shop in town.

The young farm-boy struggled to impress Morgan Augsbury, the senior partner in the Dry Goods Store. He did not like his scruffy appearance, without a tie, and was unmoved by his book-keeping skills. But he left the decision to his partner, William Moore. The younger man was intrigued when Frank offered to work for free on a three month apprenticeship, in exchange for board and lodgings. Moore argued for six months, but agreed to a compromise where Frank would be paid a small salary from the fourth month. In later life William Moore had good reason to celebrate his choice. Woolworth idolized Moore and repaid his kindness with a $500,000 bounty when F. W. Woolworth Co. was publicly listed in January, 1912.