In 1929 First National Pictures released a musical talking picture called 'The Girl from Woolworths'. It was one of the first of the genre, telling the story of a shop girl whisked from the counters of the 5 & 10¢ to a life of love and luxury.

It was a hit with the public, a smash with the girls who actually worked at Woolworth, and was soon transformed into a major money-making opportunity by the store's Buyers, who soon recognised the potential for merchandising to complement the movie.

Alice White in "The Girl from Woolworth's" 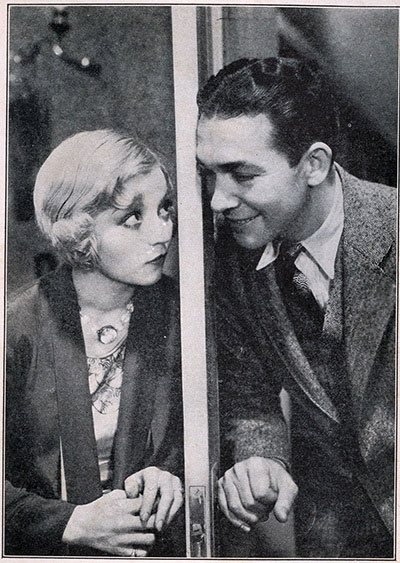 By the 1920s Woolworth had become a household name across the world. The giant corporation operated almost 1,500 stores in six countries and made huge profits. The Woolworth millions became the stuff of legends as stories spread of the extravagances of the sons and daughters of the original founding fathers.

Company bosses in New York felt honoured when the pioneering First National Pictures company announced that it planned to make a musical love story called "The Girl from Woolworth's". The film proved so popular in previews that, unusually, it was turned into a book. The rags to riches story was one of the first 'talkies' to hit the silver screen. It captured the public's imagination. Many people decided to a buy a copy of the miniature hardback as a memento, making a trip to the five-and-ten and paying 10¢ a copy.

First National Pictures broke the mould. They did not have a studio or their own cinema chain. Instead they relied on good writers, producers and stars. Their talent included Mary Pickford and Douglas Fairbanks. W.C. Fields and Charlie Chaplin appeared from time to time. They cast their top stars Alice White and Charles Delaney in 'The Girl from Woolworth's'.

The film was directed by William Baudine. The storyline was written by Adele Comandini and the screenplay by Edward Ludwig. Karen Brown prepared the book-of-the-film. The musical score was by Al Bryan and George W. Meyer.

The movie proved a smash at the box office in the USA and a boon for the five-and-ten cent store chain that it featured. Executives at the Woolworth Building in New York were proud to share the glad tidings with their opposite numbers in London, some months before the film screened in the United Kingdom. By curtain-up Woolies stores were crammed with copies of the book, fan cards of the stars, sheet music of the songs, and as a major coup each of the hit songs on the exclusive Victory Record label for sixpence a piece. 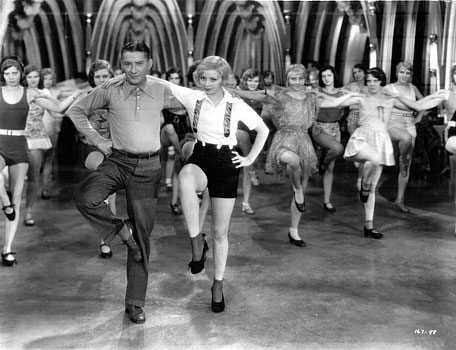 The full cast was:

Alice White and Charles Delaney are in the foreground of the publicity still (right). More stills from the movie. 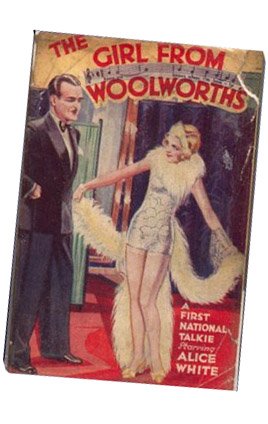 Here is a summary of the storyline:

According to the critics of the day, the plot was weak and the stars were eclipsed by their supporting cast. But the movie was a great excuse for a sing-song and Al Bryan and Geo. W. Meyer had excelled with the score. It was rated 'one to watch'.

Features in the popular Hollywood Movie Magazines made the book a best-seller even before the movie screened in Britain. The threepenny and sixpenny stores had spotted the potential and had set up large displays to capitalise on the interest. 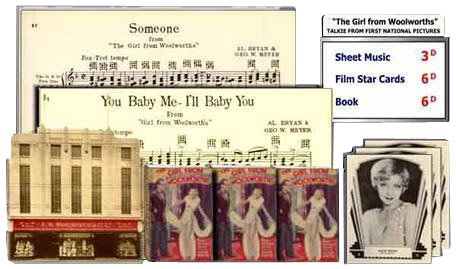 To complement the book, a number of products were hurried into stores to support the film. These included Victory Gramophone Records and sheet music of the main songs, as well as film star cards for White, Delaney and other members of the cast

The music by George B. Meyer and Al Bryan is available to play or download here in the Woolworhs Museum. Choose a song from the menu at the foot of the page and we'll play it for you, and show you a series of stills from the movie. The sheet music appears in The Witmark No. 2 Songbook. The song is copyright M. Witmark and Sons, New York.

Sadly the original movie has been lost. At the time of writing there appears to be no surviving copy. Much the film library of First National Pictures was lost after a merger with Warner Brothers in the 1930s. It is rumoured that UCLA in Los Angeles has a copy of the original Vitaphone soundtrack, and perhaps one day someone will find a set of original reels in the attic, so that people can enjoy the film once again.

British store staff loved the film and book. Many daydreamed of walking in Pat King's shoes as they served on their counters. Perhaps the next customer would whisk them off their feet and find them a job in the music business, before turning out to be "Mr. Right". Their enthusiasm helped catalpult the Blue Waltz perfume featured in the film to become the overall best-selling brand in-store.

Many of the store chain's sixpenny romances proved popular with the public, but in one hundred years in the High Street, no book, film or CD had quite the same magic for the staff as "The Girl from Woolworths".

from "The Girl from Woolworths" by Karen Brown, The Novel Library for Fiction Lovers, No. 152. © Copyright Wm. Collins Sons & Co. Ltd., Glasgow, Scotland.

The original songs were written by George W. Meyer and Alfred Bryan and are © Copyright 1929, M. Witmark and Sons, New York. The Victory Records were donated by Andrew Davis, the independent producer behind the BBC's five star radio programme "The Wonderful Sound of Woolworths", which featured music from the Woolworths Museum. Please pick a song from the menu below.