In 1929 the Woolworth parent company celebrated its fiftieth birthday in North America. The event was marked by a salvo of advertising and public relations, as the 5 & 10¢ tried to fight back against rivals who had boosted business by introducing higher priced lines.

Remarkably the company had maintained the price points and the basic business model that Frank W. Woolworth had first introduced in 1880. But at a time of price inflation and rapidly rising labour costs, keeping prices to this level was becoming increasingly difficult.

1929 was the fiftieth anniversary of the first Woolworth store in Lancaster, Pennsylvania, USA. It had opened on 21 June 1879. Executives organised a series of celebrations to mark the milestone. These included a company history booklet and a Home Shopping Guide. Both were distributed free-of-charge in the stores across North America. They were accompanied by a barage of press advertising, which celebrated the phenomenal success of the Five-and-Ten and invited shoppers to spend their nickels and dimes in a big sale. Shareholders were also treated to a special banquet after the Annual General Meeting in Watertown, New York.

Throughout his life the Founder, Frank Woolworth, had made it his policy not to advertise. But he had made an exception a decade earlier, commissioning a major campaign to mark the fortieth anniversary of the business. Sadly he had passed away before the big day, which became a memorial to the retailing pioneer. In 1929 his successors decided to follow the precedent and celebrate in style. Their campaign prompted a wave of nostalgia and generated record-breaking sales through the summer months, but still was not enough to protect the share value during the Wall Street Crash. F.W. Woolworth Co's stock suffered a particularly severe collapse. Those investors who kept their holdings later recouped most of their losses when the British subsidiary went public in 1931. The sale financed a special dividend.

Shortly after the anniversary campaign the firm gave in to the inevitable and raised its upper limit to fifteen cents. Within six years they would drop the maximum altogether in the USA. Sixty years later Americans still called Woolworth's 'the five-and-ten'. Perhaps that was partly because of the 1929 campaign.

The 50 Years of Woolworth booklet outlines the early history of the Company right from the very first store, through the early openings to the $65 million merger in 1912.  It introduces all of the key people, featuring both the Founding Fathers and the management of the day. It gives an insight into the range that was stocked in 1929 and the phenomenal rates of sale that were achieved at the time. For example: 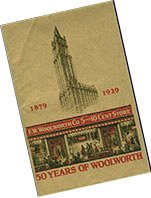 How did Woolworth Do It?

The booklet gave an overview of the chain's successful trading formula. According to the article the business was founded on wholesale buying.  The company didn't have any factories and did not manufacture anything. But it gave orders of tremendous size to get the lowest possible price. At the time the firm made extra savings by having its own "assembly plants" for components in Paris, France and Sonneberg, Germany. 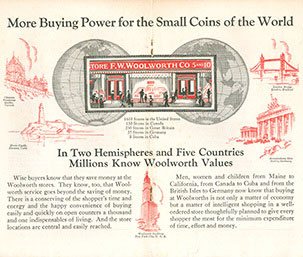 The booklet celebrates the company's overseas expansion. As well as operating in the United States and Canada, by 1929 there were Woolworth's in Cuba, Great Britain, the Irish Free State, and Germany. There were further buying offices in Paris, France and Tokyo, Japan.

By the same date there were also stores trading in Australia called F. W. Woolworth & Co, but this was a copycat company which had never had any link beyond the name.  Today a supermarket chain called Woolworths is Australia's largest, and there is a similar, independent chain in New Zealand. 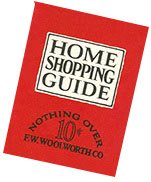 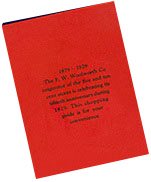 The Home Shopping Guide was distributed alongside the 50th Birthday Booklet, to highlight the wide range of items available in a Woolworth store and to help customers to make a shopping list at home. While American in origin, similar British-sourced items were available in stores in the UK and the Irish Free State.

The ranges described in the booklet were: 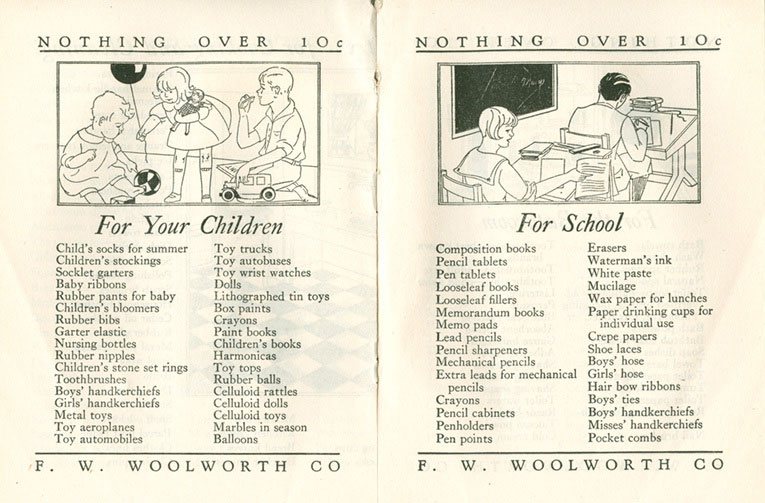 View more pages from this booklet

Space was booked in most of America and Canada's major magazines and periodicals in May 1929 to promote the Fiftieth Anniversary Sale. The copy consisted of a number of full pages, each describing a different part of the range. Most featured the products of one or two key suppliers, who contributed towards the cost of the campaign. Carefully thought had been put into the targeting to suit the demographic of the publication. For example the Women's Home Companion showed net curtains and sewing, fashionable hosiery, jewellery and the chain's best homewares. 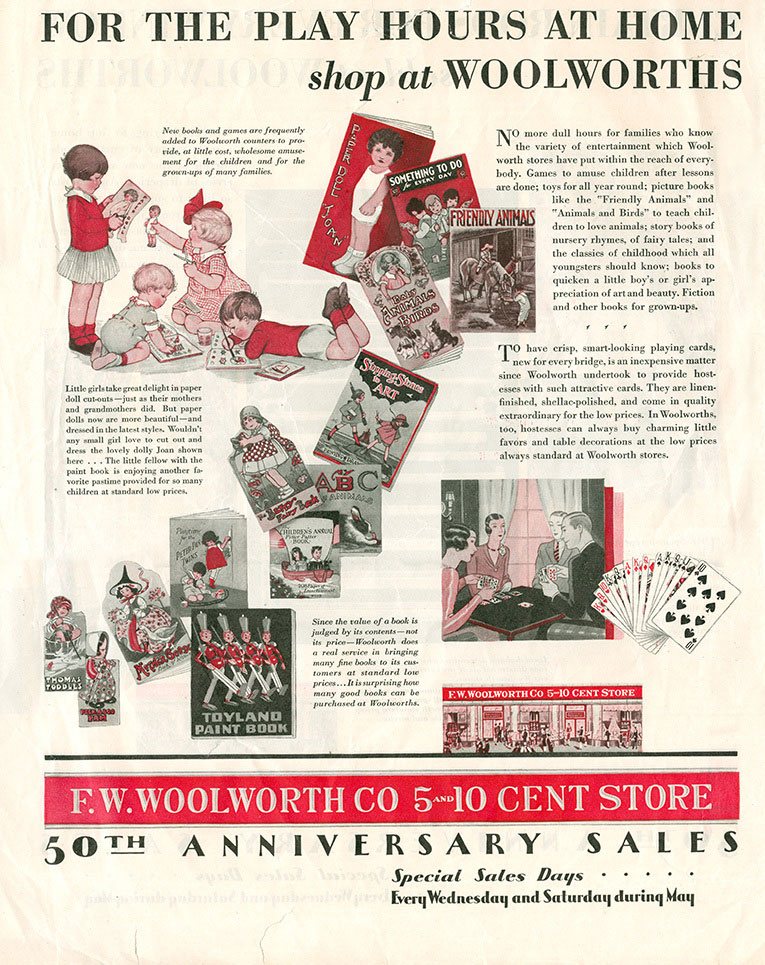