With Australia and New Zealand ruled out by a well-established copycat company, operating under the same name, they chose the Caribbean for the first venture, which was described at home as "Our Store in the Sun".

This album page, and another showing the stores in Zimbabwe (then called Southern Rhodesia), complements the main feature about the Commonwealth openings. 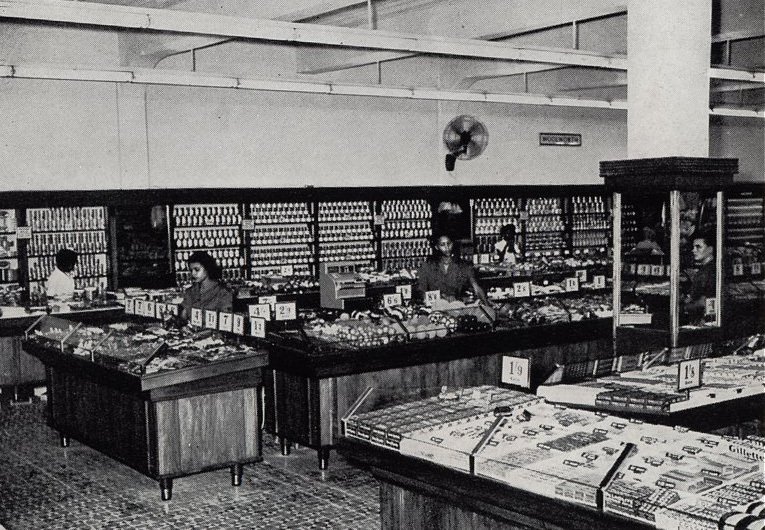 The Woolworth's offer and the fixtures and shopfit were adapted to suit the local market in the first Jamaican store in King Street, Kingston. The picture shows the salesfloor from the front on the day before opening. 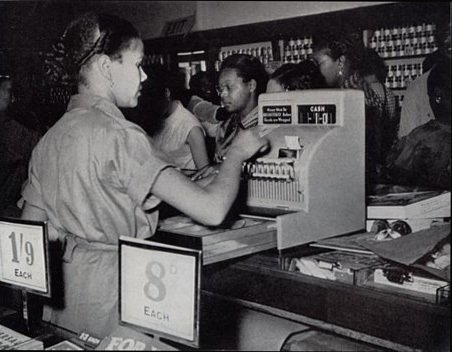 One of relatively few shopfittings that was sent out from Britain was a set of National Cash Registers. By the time the first sale was registered the tills had been manufactured in Dayton, Ohio, USA, then exported to Britain where they were converted to pounds, shillings and pence before being sent onwards to the Jamaican store. By the second store the supply chain had been rationalised. 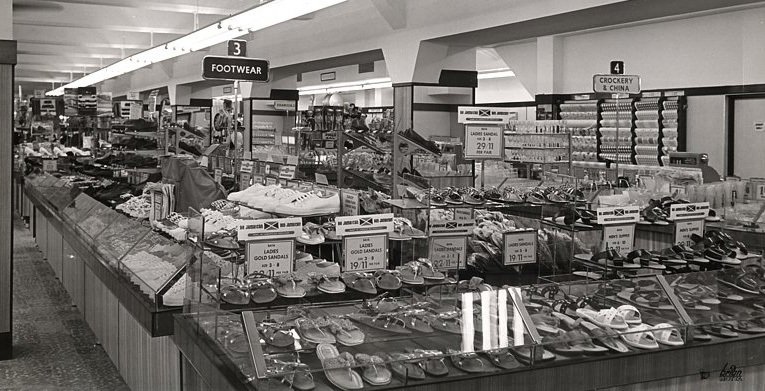 For comparison the picture above shows the salesfloor of the third Jamaican store in Montego Bay in around 1964. Despite signs in the foreground encouraging customers to buy sandals manufactured in Jamaica, overall the store look and feel and the range of merchandise has been anglicised. The store fit and layout is similar to British openings of the same period. 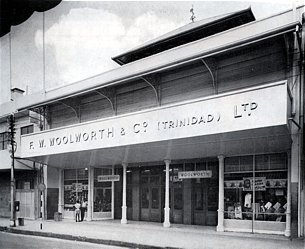 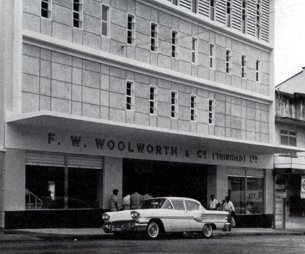 Woolworth's in Trinidad in the 1950s. On the left is store T1 in Port of Spain. On the right is Store T2 in San Fernando. The Manager of Store T1, Harold R. Johnson, later became a London Director, along with Peter Nicholls, who managed store J2 in Slipe Road, Jamaica. 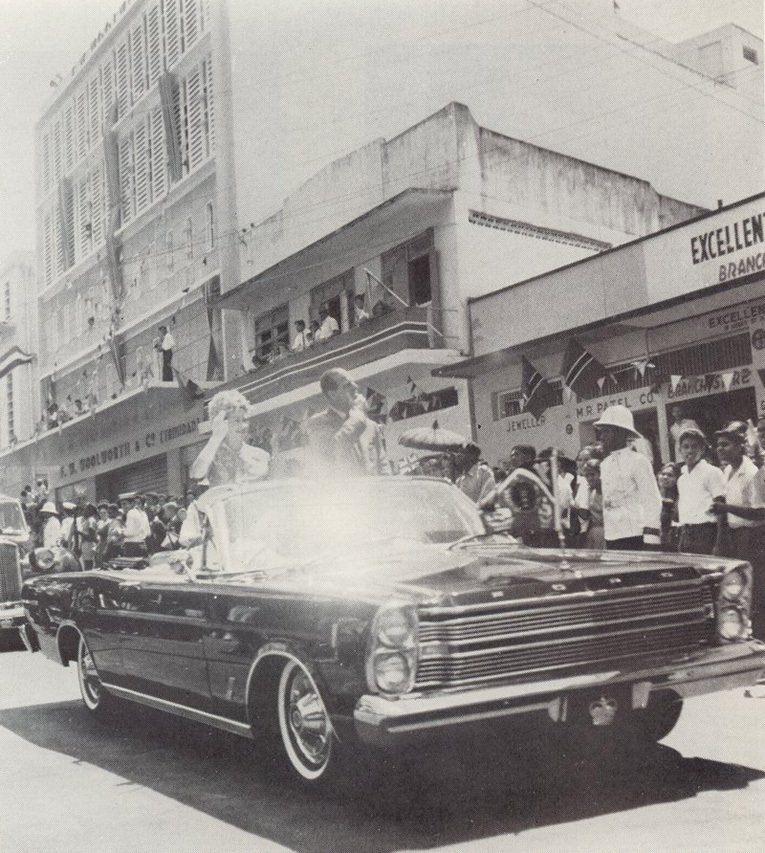 The final picture in our Caribbean Album is a rare view indeed. It shows none other than Her Majesty Queen Elizabeth II and the Duke of Edinburgh driving past the San Fernando, Trinidad Woolworth's during a state visit in the 1960s. The picture was taken by a member of the store staff and proudly submitted to the staff magazine.