With Australia and New Zealand ruled out by a well-established copycat company, operating under the same name, they chose the Caribbean, and then the colony of Southern Rhodesia, which has since become the independent nation of Zimbabwe.

This album page, and another showing the stores in the Caribbean, complements the main feature about the Commonwealth openings. 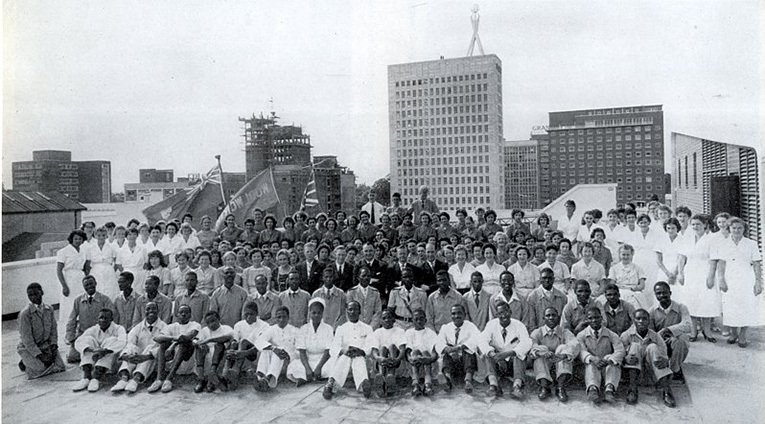 A team photograph taken on the roof of the new store in Harare (Salisbury) to commemorate the opening in 1958. The store boasted almost 300 staff, the majority of them full time. Thirty of the new recruits had previously worked for Woolworth in the UK before emigrating to Rhodesia with their partners. 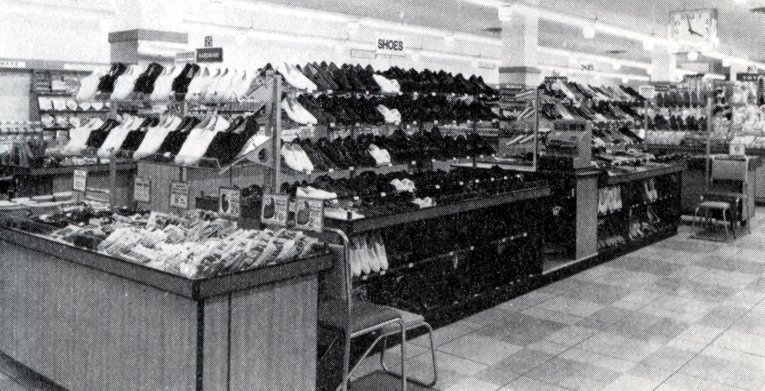 The most striking feature of the Harare, Zimbabwe store was that it was so quintessentially British. The product selection closely matched the offer at the branch in Guildford, Surrey, UK, and did not appear to take account of the different climate or customer profile. It seems that the goal was to open a store that would appeal to the ex-patriate market and those Rhodesians who would value a selection of goods from the 'mother country'. In retrospect this seems like the height of arrogance to export British culture and traditions to far away lands. 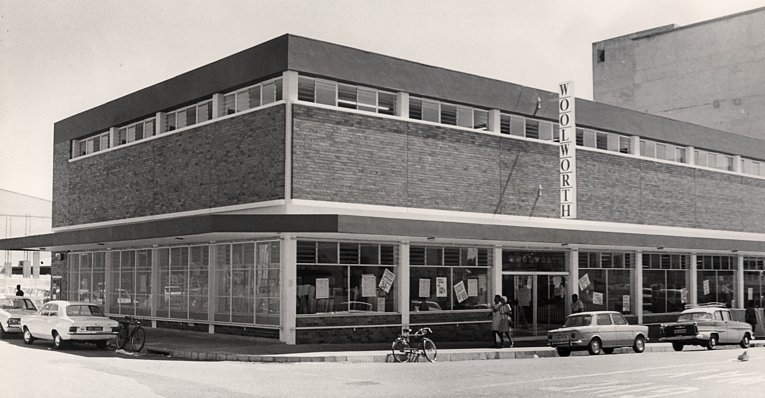 The second Zimbabwean store opened in Bulawayo in 1963. The architecture was influenced by the American parent company, which had experience in opening stores in the warm climate of Florida, Mexico and Cuba, and suggested a number of innovations at the purpose-built store. The vertical Woolworth signs from above the fascia to roof-level featured on many American stores opened or relocated in the 1950s and 1960s but were rarely used in the UK. 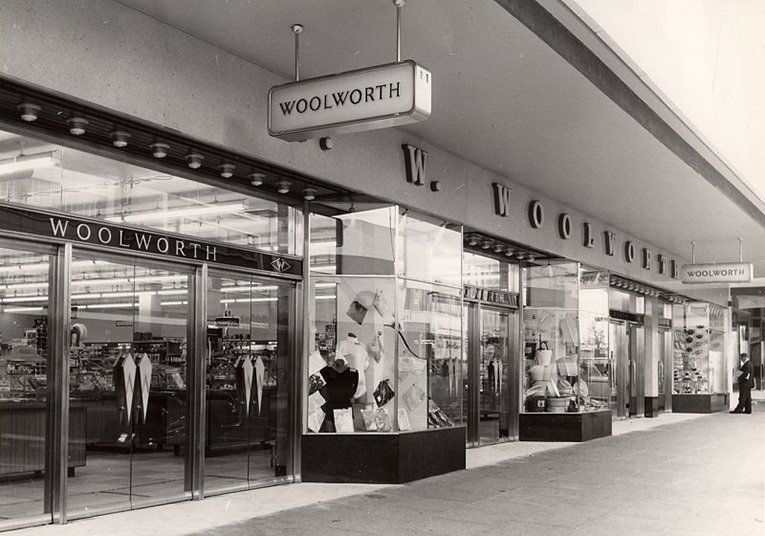 At street-side the Bulawayo store looked similar to upmarket British branches of Woolworth's. The frontage would have been quite at home in Haslemere (Surrey) or Blandford Forum (Dorset). 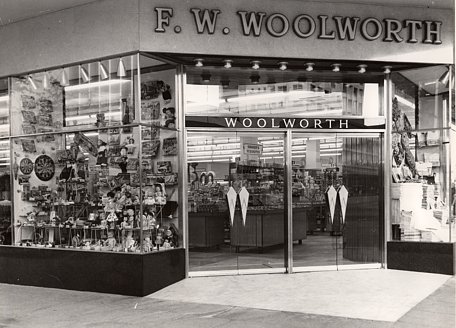 The windows were principally used to show toys and leisure goods rather than household and utility products, showing how far the stores had moved away from Frank Woolworth's vision of an everyday store for everyone.

The picture above was the last ever to be sent back to London. It shows the displays at Bulawayo in the Summer of 1964. UDI and sanctions the following year unceremoniously broke the line of communication back to the British parent company. As with other images of the Commonwealth stores, the most striking feature is how British the store looks. The displays include not only cricket bats but paddling pools, airbeds, dartboards, tennis racquets and jigsaw puzzles.To the back of the scene on the right there is even a delicatessen counter. Overall this is a far cry from Frank Woolworth's original aspiration in the 1890s to adapt the formula to suit everybody's needs locally, as the everyday store for everyone.