A heart of gold

In a golden coach
there's a heart of gold,
driving through old London town;
with the sweetest Queen
the world's ever seen,
wearing her golden crown.

As she drives in state
through the Palace gate,
Her beauty the whole world will see.
In a golden coach
there's a heart of gold,
that belongs to you and me.

of Her Majesty Queen Elizabeth II in 1953 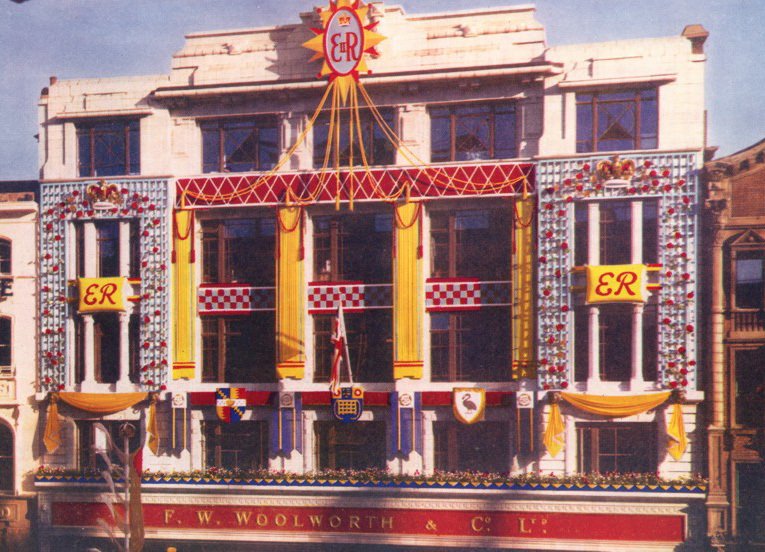 If one event summed up the hope and aspirations after the World War, it was the Coronation of the new young Queen, Elizabeth II. There was talk of a new Elizabethan age. The nation had been shocked by the early death of her father King George VI in 1952. He had been an immensely popular man who, helped by his wife Queen Elizabeth (known to most of us as "the Queen Mother") led the nation through the darkest days of World War II. 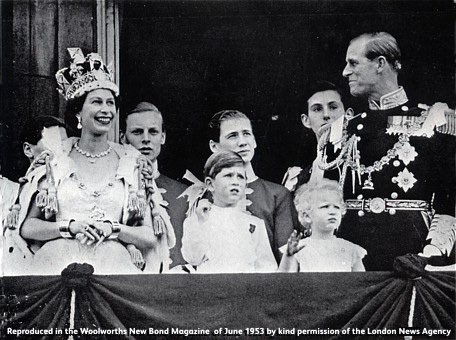 But the idea of a young Queen, bringing up a family with her dashing husband, Prince Phillip, captured the imagination of the nation.

How did the Sovereign find time not just for her family, but to run the affairs of state not only in the UK but in a new Commonwealth of Nations?

The Coronation was eagerly anticipated. People planned trips to London to join the crowd of well-wishers, while others arranged street parties and celebrations at home in their local communities. 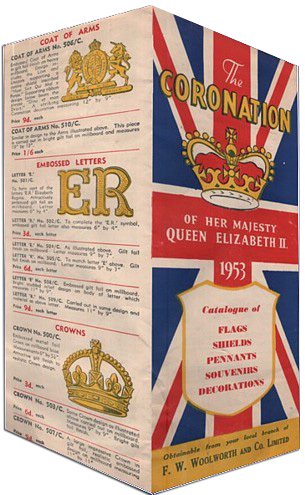 Woolworth had spotted the opportunity and its Buyers had surpassed themselves. They had cleverly held the price of decorations artificially low, offering Gold Foil Crowns (measuring about 12.5 x 7.5 cm) selling for just 3D (1½p), the royal coat of arms for 9D (4p) and an alphabet of gold letters, including the obligatory E and R, at 6D (2½p) each.  Shoppers were encouraged to display their own special messages.

Other souvenir items including flags, bunting, tablecloths, mugs, glass plates, china teapots special bars of chocolate were offered at regular prices to balance the margin. The offer as a whole helped to establish F.W. Woolworth as the Coronation store, and secured its reputation with a new generation. 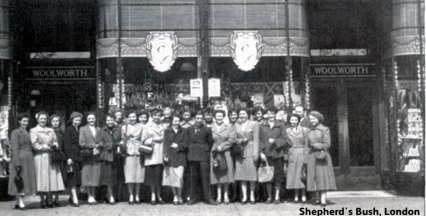 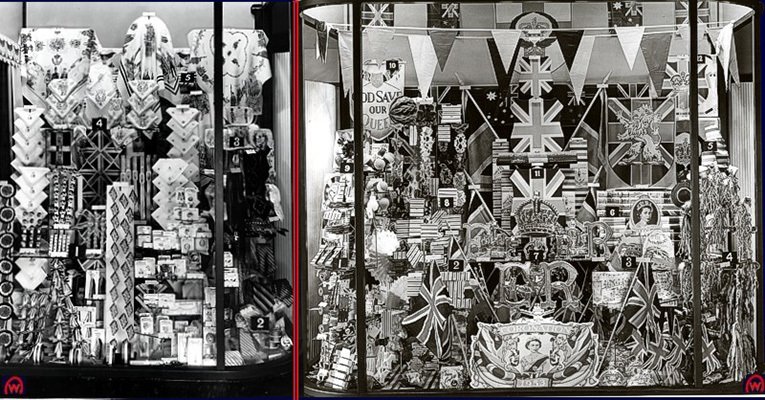 Very detailed instructions were issued to stores, showing how to lay out the windows. Each item was numbered in the photographs to match it to the stock in-store.  Each ticket in the picture was left blank, as the prices were kept secret right up to the day when the windows were built. Setting up the displays took each store's window dresser a whole day per window. Everyone agreed it was time well spent, as the results were stunning! 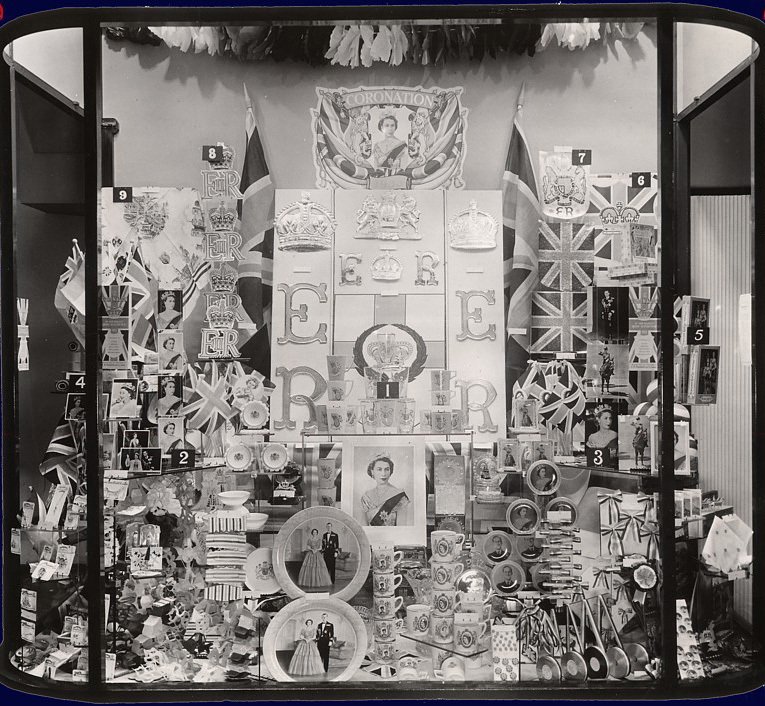 Sales of the Coronation Ranges exceeded even the most optimistic expectations at headquarters. From the stockroom to the boardroom, everyone was proud to play a part in the celebrations. Many remember 1953 as the happiest year of their careers. If you would like to find out more about the Queen's Coronation, there are lots more pictures in our bonus feature Scrap Book, which includes a 1 Megabyte embedded music track: Click this link to take a look.