The years after World War II were austere, as the country began to rebuild and pay down its debts. The Royal Coronation seemed to mark a new chapter, as a young Queen took the throne and won the hearts of the nation.

Woolworth staff loved royal stories; the staff magazine responded with pictures of the Family and their Palaces, and, of course, the big day itself. 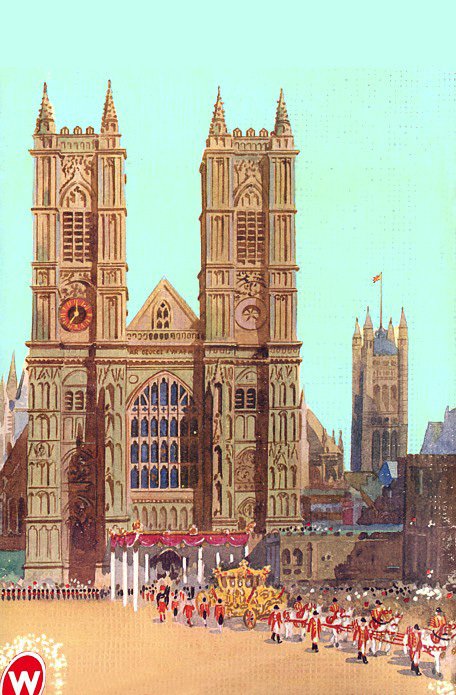 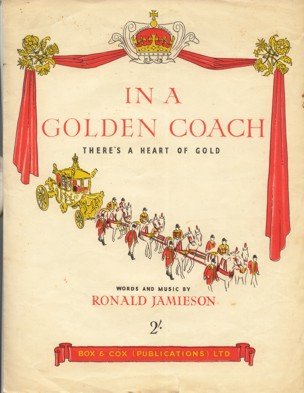 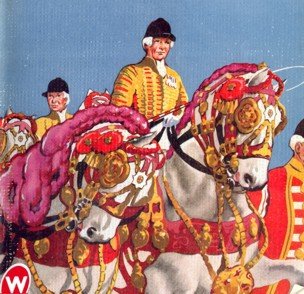 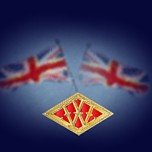 Above left: The Queen and the Duke of Edinburgh leaving Buckingham Palace in the State Coach, en route for Westminster Abbey.
Below left: The Queen, her Maids of Honour and the Peers. Prince Charles disappears for a moment behind the stand, occupied by Royal Relatives.
Above right: The Moderator of the General Assembly of the Church of Scotland presenting the Holy Bible to the Queen.
Below right: Her Majesty the Queen after the Crowning Ceremony, wears St. Edward's Crown, and the Bishops play homage. 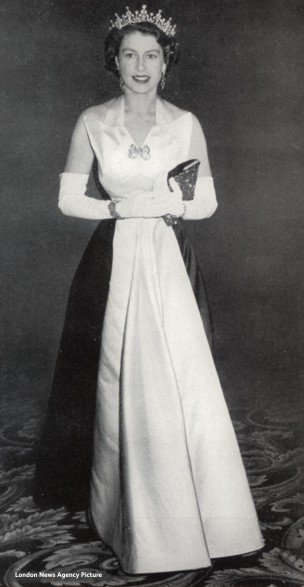 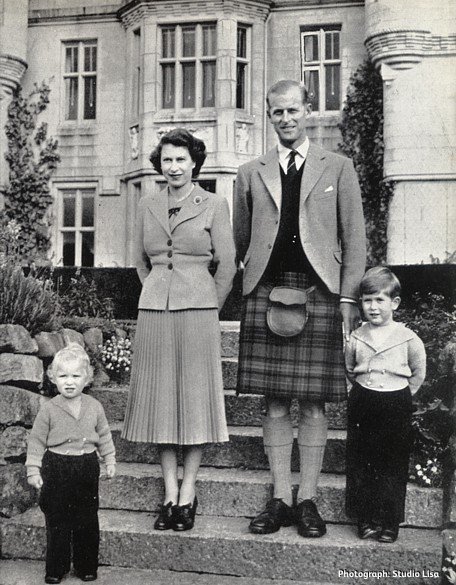 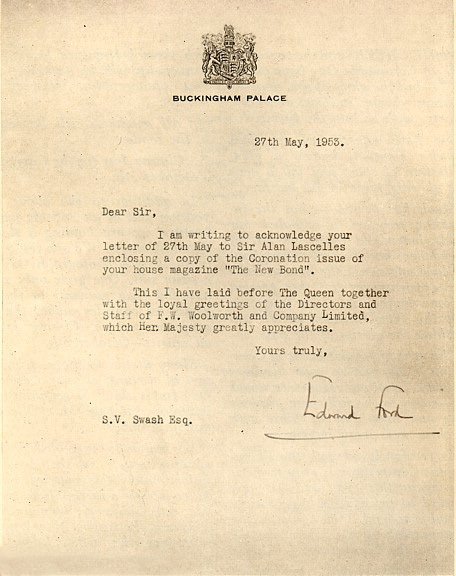 'Pray for me,' a humble wish
From a palace grand and fair.
'Pray for me,' a Queen has asked
Oh her peoples everywhere.
Whate'er their creed or colour
Be it black or brown or white,
Their prayers will intermingle
And our Empire will unite.

'Twas a Royal proclamation
Went forth on Christmas Day
When a Queen asked of her subjects
That they for her would pray.
That God would guide her steps
Along the path that she must tread,
That she might rule with wisdom
Thro' the years that lie ahead.

So we'll pray that God will arm her,
With the sword of righteousness,
The shield of hope and courage,
She will carry on her breast.
The lamp of peace will light her way
And she shall reign supreme.
And from our hearts we all will pray -
"God Bless our lovely Queen."

"In a Golden Coach (There's a Heart of Gold)" Words and Music by Ronald Jamieson, performed by Teddy Johnson.
Released on Columbia Records 78rpm Disc No. DB3268 (1953). The following year Teddy Johnson and his wife Pearl Carr were
founding singers on the F.W. Woolworth and Oriole Embassy Label. Their pseudonym was "Teddy and Pearl Carr"!

Copyright information: the song was not commercially available at the time when this page went to press. We have included
a low fidelity version for historical interest on a 'not for profit, not for download' basis.