In 1959 F.W. Woolworth celebrated its fiftieth anniversary in the British Isles with a huge Golden Jubilee Sale.

The event was advertised extensively, with the retailer's first television campaign airing nationally on ITV, backed by a series of full page advertisements in national and local newspapers.

This page shows an example from the press campaign and complements the main feature about the Jubilee. 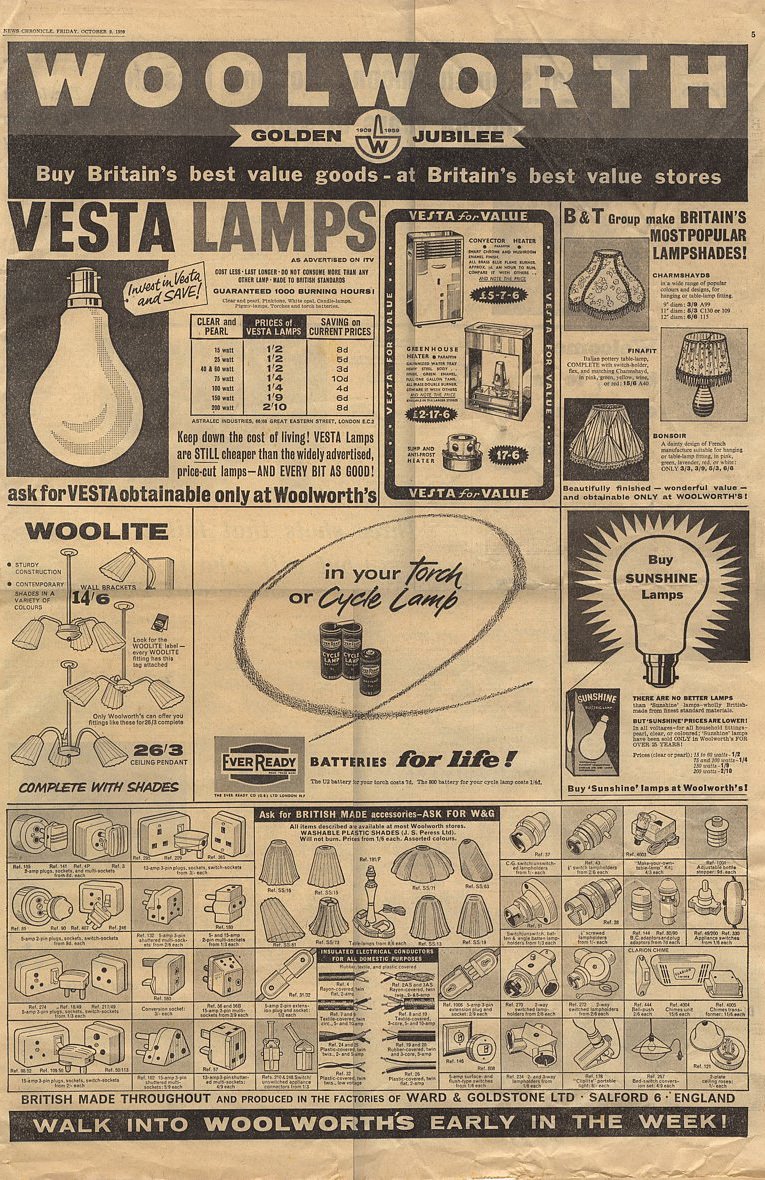