The original Woolworth store in Commercial Road, Portsmouth was destroyed by enemy action on 11 January 1941. Business was transferred to the branch in nearby London Road, Fratton. After the long conflict the Board decided to top up the Government's rebuilding grant to commission a store large enough to the stock their entire product range.

The company architect, Harold Winbourne, adapted the modern design that he had used for other blitz reinstatements to incorporate a large curved wall with glazed panels at the back of the landmark premises. Later, the building was adapted in the Eighties when the land behind was made into a shopping centre, losing the back section, but still stands. It traded as a Woolworth superstore from 26 October 1950 until 27 December 2008. 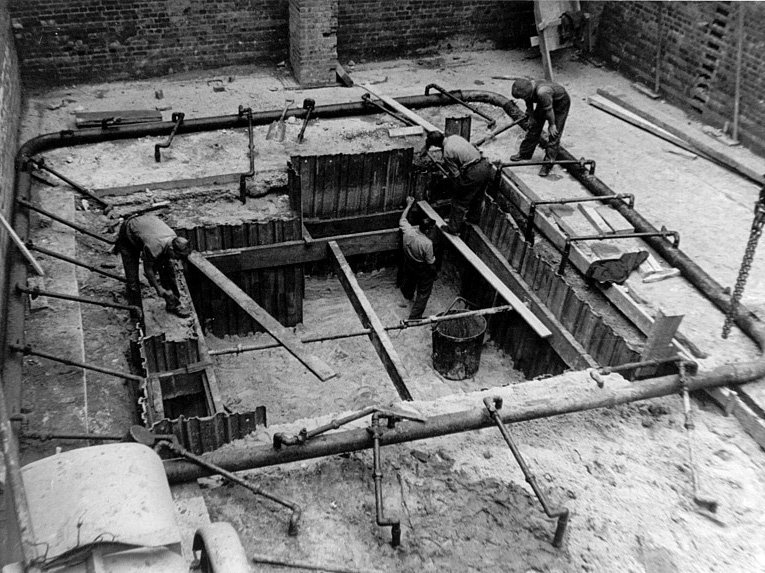 Woolworths own construction team laying the foundations of the chain's new store in Portsmouth's Commercial Road store. The phoenix rose from the ashes of the original premises destroyed by enemy bombing on 11 January 1941.

The spectacular glazed window which provided natural light and panoramic views to the customer restaurant in the new Portsmouth Store. The picture was taken by the Construction Department's own photographer in the autumn 0f 1952. 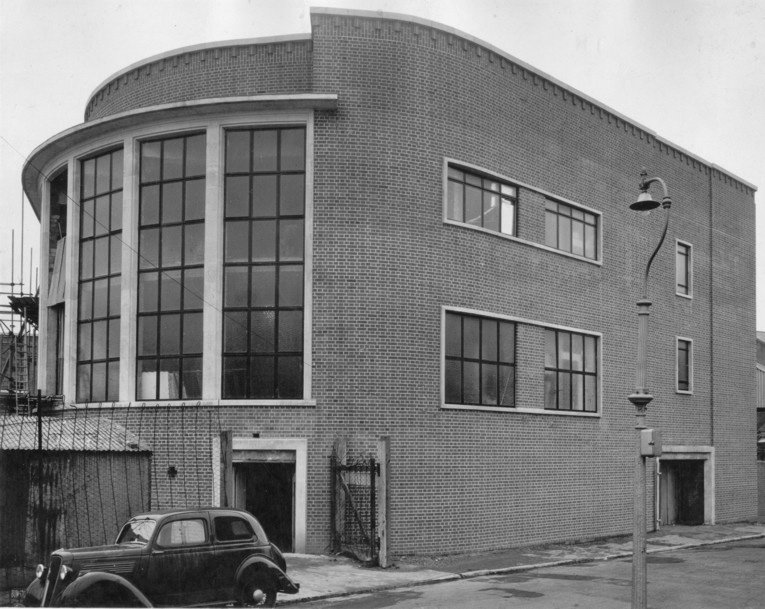 The rear elevation of the store, nearing completion in Autumn 1952. The Construction Superintendent's car is parked outside. This part of the store was later removed and replaced by a Shopping Precinct. 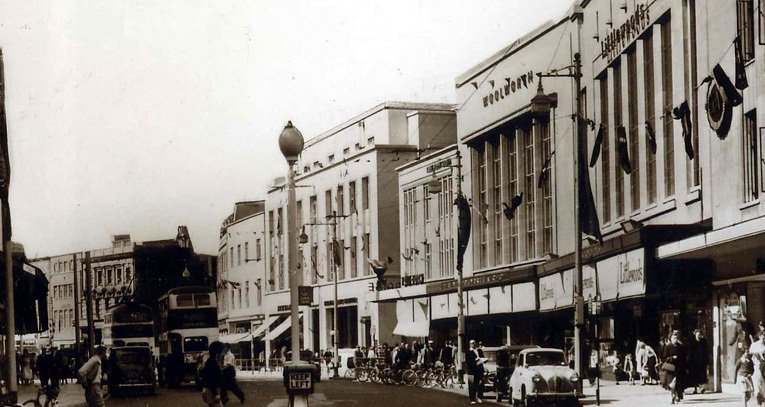 Commercial Road, Portsmouth in the late 1950s. The sheer scale of the Woolworth store compared to the neigbouring shops is not immediately apparent from the frontage. The finished building very closely matches the original architect's drawing. The third fascia is concealed behind the vertical sunblind.

For transport watchers a trolleybus has just passed the store, and a dozen bicycles are lined up outside Woolies - then the customers' favourite way of going to shops