In the 1950s the Fancy Goods Department at Woolworths offered a wide array of merchandise - including pictures and frames, Briar Pipes for smokers, artificial flowers and until 1954 even occasional gramophone records.  The range changed regularly and was very popular with customers, at a time when post-war austerity measures meant many of these items were very hard to find. 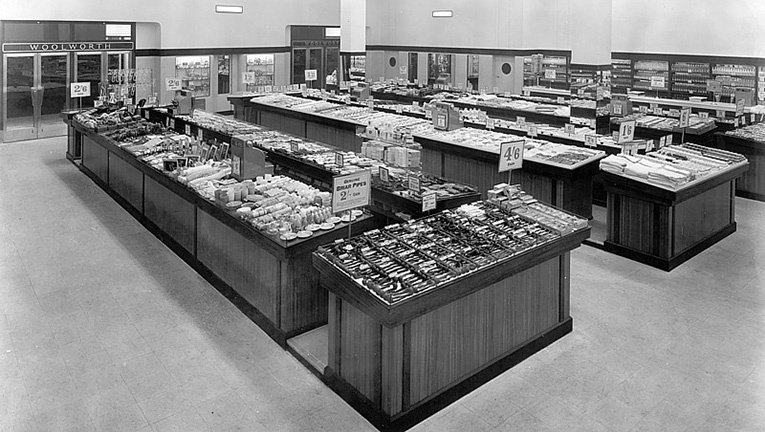 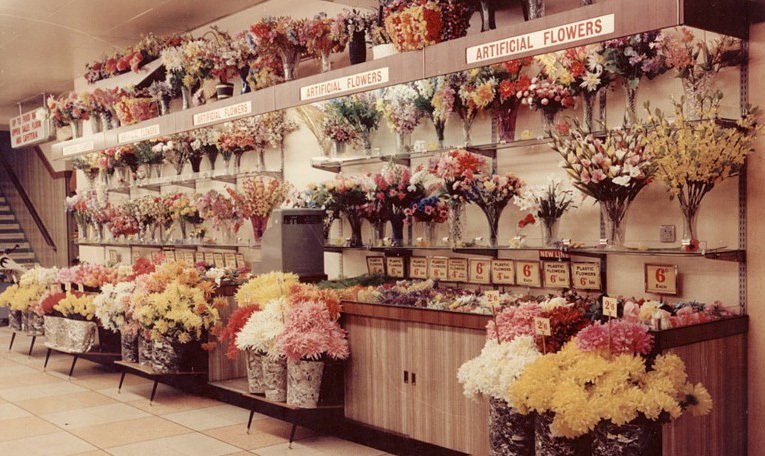 A rare colour photograph from the 1950s, shows off the new range of artificial flowers which was offered in every Woolworth store. Made of paper and silk, the flowers were great value for sixpence each. The bright colours and florist's shop style of display helped the counter to catch the customer's eye. It quickly became a major money-spinner. 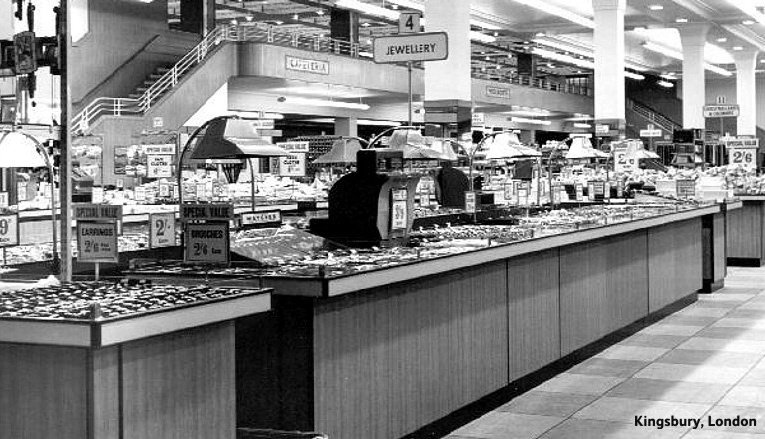 F.W. Woolworth Buyers in the chain's Dublin Office spotted new ranges of Jewellery in the Eastern Block in the late 1940s. By the Fifties the range had spread to mainland Britain and proved an instant hit with shoppers. Just as they had scored a hit with bakelite products in the Thirties, a new generation of man-made materials had allowed them to offer a broad selection of fashionable pieces at rock-bottom prices.