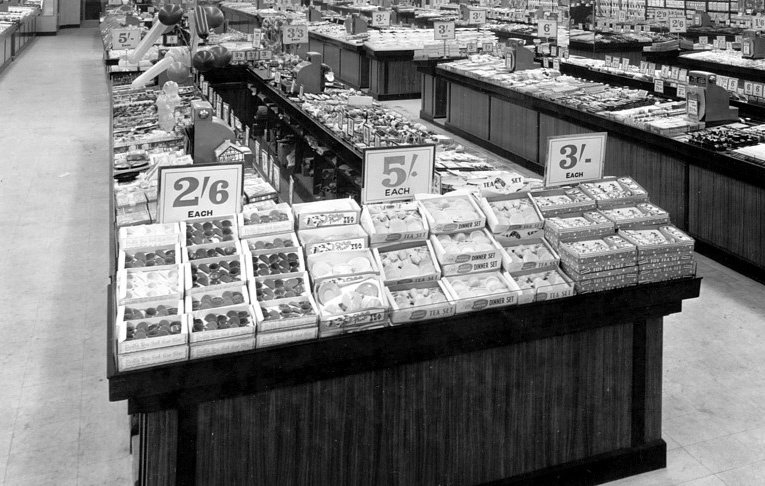 Toy teasets were the must-have toy for girls from Woolworth's in the early 1950s. The large stores offered three assortments:

Each set consisted of six cups and saucers, a miniature teapot, a milk jug and a sugar bowl.

The must-have toy for boys in 1951 was a clockwork trainset. These were sold for seven shillings (35p). Most were British made. High demand meant that the firm imported some additional stock from Occupied Japan, where the American parent company had re-opened its Buying Office. Other popular toys in the range for boys that year were wind-up cars and jigsaw puzzles. 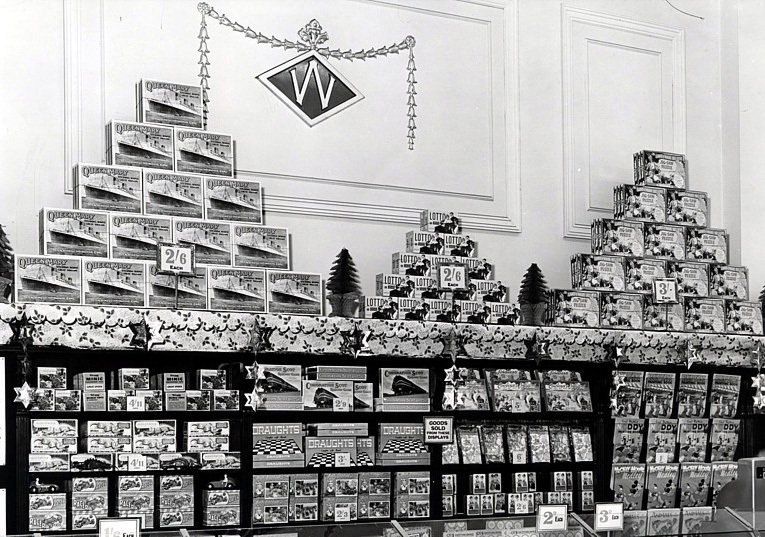 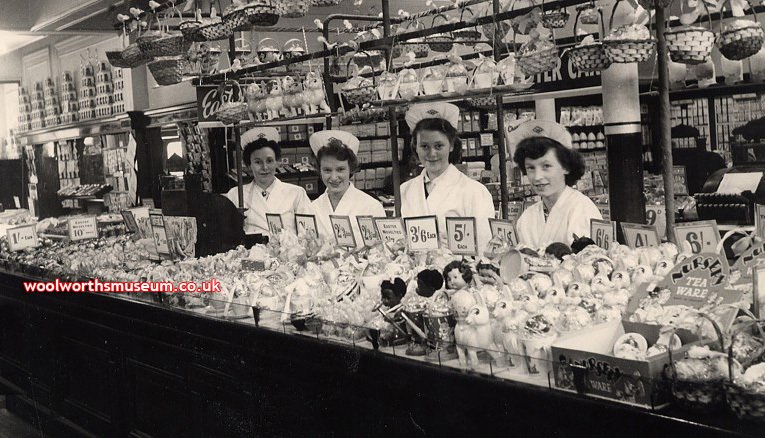 A spectactular display of dolls and toys to tempt Easter shoppers in Pontypool, Gwent (Monmouthshire) in 1951. Most of the dolls were made of "composition", a mix of cardboard and papier maché which was then painted with watercolours. The chicks were made of lightweight plastic and were a regular Woolworth favourite each Easter during the Fifties and Sixties.

By the time this picture was taken in the huge new Woolworth superstore in Briggate, Leeds, West Yorkshire at the end of the decade, the toy range had grown substantially. Many toys were made of plastic, which was considered the new wonder material. Woolworth stores dominated the sale of Airfix kits. The picture is typical of many of the era, and is a reminder that back in the Fifties some people dressed up to go shopping in town. The family group in the foreground are typical of many of the store chain's more affluent customers at the time.